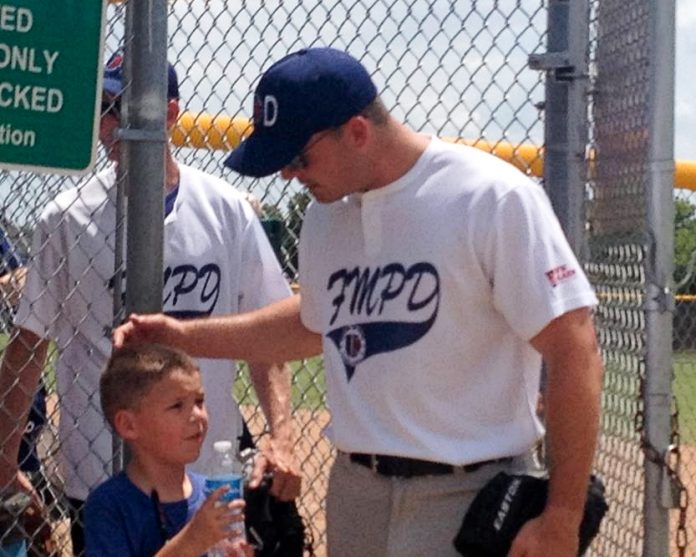 Sweltering heat, blazing sun and a few passing gray clouds Saturday afternoon didn’t dampen the spirits of Flower Mound’s finest. Teams from the town’s police and fire departments slugged it out on the baseball diamond at Jake’s Hilltop Park as part of the first “Backing the Badge” event in Flower Mound.

Police took home the trophy this year after a 6-1 win. Fans cheered on each side, and both sides in general, as a way of supporting local first responders. Check out some photos from the game below.

“I think the thing to put in perspective about this is that both the police and fire try to educate the public about what we do and how we are involved,” Fire Chief Eric Greaser told CTG in an earlier interview. “This event is not that. This is a ‘backing of the badge,’ a grassroots effort among the community to say we want to do a recognition of police and fire and their families.

“We will have a friendly competition, but it is really a good-spirited grass roots effort in the community to say we want to recognize public safety and the men and women that are putting their lives on the line every day.”

A blueberry pie-eating contest crowned the event. That one went to the fire department. We’ll post photos from that contest soon so check back!