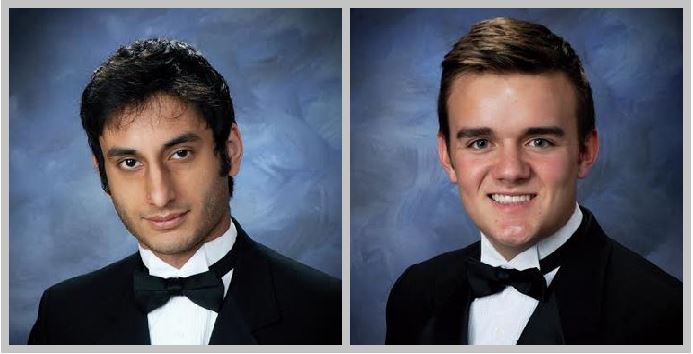 Vidhur Malhotra made it to the head of his class this year at Marcus High School. He plans to attend Duke University and major in Biomedical Engineering. He’s undecided about his future career plans, but expects it likely will be in the areas of medicine or engineering.

He is awaiting award and scholarship decisions.

Malhotra was most impacted by Lauren Popp, his AP English and PSAT Team teacher. His favorite school memory is the freedom of completing AP tests and being able to do “random fun things like building cardboard boats.”

AP Biology and AP Chemistry were the courses that influence Malhotra most.

“Mr. Hinsley and Mrs. Hutley are awesome people and they made science very cool,” he said.

For future grads, Malhotra has some advice: “School is important but get involved too,” he said. “What you do outside of the classroom matters.”

His parents are Amit and Vineeta Malhotra.

MHS’s salutatorian title goes to Derek Book for the class of 2015. He plans to attend the University of Texas at Austin and major in chemical or biomedical engineering. He aspires to be a doctor.

So far, Brook has been awarded two scholarships: $25,000 per year to UT for engineering and a $500 LEF Flying Hawks Scholarship. He was most impacted by Dorothy Houck, his Algebra II teacher.

Brooks said his AP Chemistry class impacted him the most.

“Mrs. Jan Hutley made the material accessible and got everyone excited about it,” he said. “She inspired me to pursue a chemistry-related career.”

He was also influenced by his AP U.S. Government class and teacher Emily Worland. Because of that teacher he became very interested in government and politics, he said.

His parents are Richard and Heather Brook.