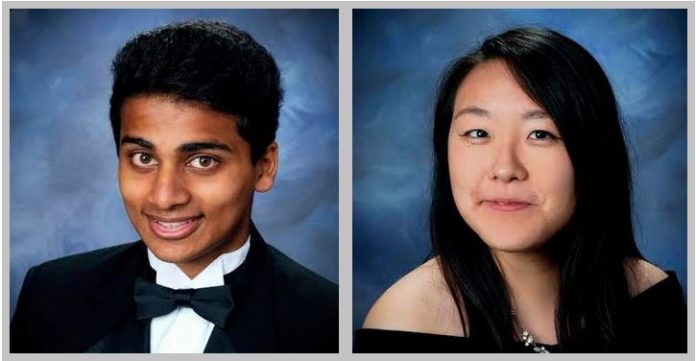 Nidhish Lokesh is this year’s Flower Mound High School valedictorian. He plans to attend the University of Texas at Dallas and major in biochemistry or bioengineering. He wants to go from there to medical school and specialize in a specific area.

Working on an Eagle Scout Service Project has had a big impact on his life.

“I worked with Camp Summit, a recreational camp in Argyle, TX for disabled children. With over 270 combined hours, the project improved a wheelchair-accessible treehouse. We build new support frames for it, replaced planks, build three benches for the top deck and weather sealed the whole structure.”

He was most impacted by his choir director, Mark Rowher. Some of Lokesh’s favorite school memories include choir trips around the country and the concerts, going to the baseball state championship tournament last year, homecomings and proms.

“Learn to balance everything right so that you can do well in whatever activities and in school and still have plenty of time for hanging out with your friends and enjoying high school,” he advised future high school graduates.

Melanie Shi is salutatorian for FMHS’s class of 2015. She plans to attend Columbia University but is unsure what she will study or pursue in her career.

“Almost every teacher I’ve had has impacted me in a unique way, so this is a hard question to answer, but if I had to name one person, I’d say Jeremy Werts, my eleventh grade AP English Language & Composition teacher. In his unconventional classroom and under his impassioned guidance, my love for language and literature – especially fiction as ‘the lie that tells the truth’ – really took off.”

Shi is awaiting word on awards and scholarships.

“The two weeks of AP exams at the end of the year are pretty much universally detested, but I think they bring people together, uniting us in our academic fears,” she said of her high school memories. “During AP weeks, we let go of our pretentions so that all that remains is cramming and joking around. Standardized testing has its problems, but I’ll always think fondly of the camaraderie it inspired.”