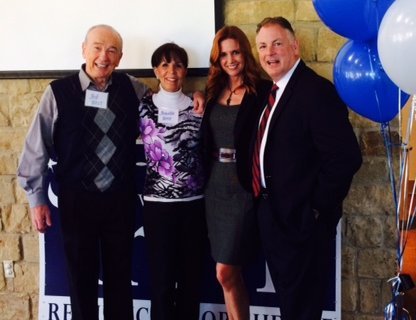 Will Travis, the omnipresent Sheriff of Denton County, kicked off his reelection campaign last night at the Lantana clubhouse.

Some of the most prominent elected officials in the county joined with many other community-minded residents to applaud the work being done by the chief law-enforcement arm of the justice system, representing numerous cities and towns in North Texas. It was a great pleasure for my wife Annette and me to be invited to attend and hear Sheriff Travis, as he so often does, give the credit to his department.

“It’s not about me, it’s about you and those who work at the Sheriff’s Office,” he said, adding, “I want to give them the best tools and environment to effectively do their jobs and to be responsible and accountable to the people of Denton County, and to maintain the highest standards of integrity, honor and service.”

Travis was also complimented by another hardworking and ubiquitous elected official when Denton County Commissioner Andy Eads took to the podium. Also at the prestigious event was the Sheriff’s stunning and affable fiancé, Shelley Weismann Connell, one of the nicest people you could ever hope to meet! The evening was particularly enjoyable for me because I had the privilege of sitting next to 2 of my favorite leaders; Denton County Judge Mary Horn and Commissioner Bobbie Mitchell. It doesn’t get much better than that!

It was a great beginning to a campaign that will likely be decided at the Republican primary election in March of 2016. We look forward to an informative and spirited race in the coming months as voters examine what I consider to be an outstanding job performed by Sheriff Travis during his first four-year term.