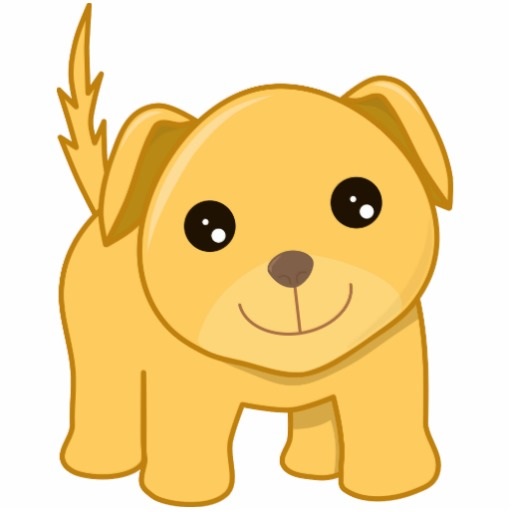 Last month I told you about a couple of the acquaintances we made while on one of our hikes around the neighborhood.  (I use the term “hike” loosely.)  But this wasn’t the end of the road for us or introductions to other new friends.

One cool spring day we spied a beautiful blonde headed our way.  This was our first encounter with Lola.  As we began to walk so did she.  She followed us for quite some distance, pretty close on our heels, only stopping briefly to smell a bush or a tree.  Before too long, her big brother (a young man in his late teens) came chasing after her, calling her name and coaxing her to head his way.  Lola was having no part of it and continued to prance along with us.  She was probably enamored with the tune we were singing to her…”Lola.  L.O.L.A., Lola” a 1970’s hit song by the Kinks.  Realizing that our crooning wasn’t helping in her capture we began to back peddle until she and her brother were united by a leash.  Lola was led back home.

In the days that followed we discovered where she lived and saw what a wonderful fenced in backyard she had.  Her mom (owner) happened to be out working in the front yard and heard us yelling hello to the dog.  “How is it you know Lola’s name?”  she asked.  We explained about the run-a-way day and how taken we were with the dog.

Turned out, Lola was one of two rescue dogs that shared her home and so we got to meet Henry, as well.  Henry is a half Weimaraner, half Chocolate Lab mix.  He has a very soft coat, fairly massive in size and has a BIG bark.  Lola is a Yellow Lab and quite a robust lady herself.  However, despite the rather full-bodied presence they project, you couldn’t ask for two dogs with a sweeter demeanor.

Next followed a love story.  We learned that Henry had literally chosen Lola to be his girlfriend.  Sadly, his former companion had passed away and Mom said he whined for days on end.  She finally took him to the shelter where he lived before he was adopted.  Here, about 20 homeless dogs roamed on 75 acres.  The owner of the shelter brought out all the females for Henry’s perusal.  He sniffed at some, ignored others and growled at a couple.  Then he saw Lola, and with no hesitation, the pair immediately headed to the pond and swam together.  Henry had found his soul mate!

The owner told us a funny story about (well, funny now, not so funny then) having some remodeling done on her house.  She’d let the workers in one morning and headed off to her job down in Dallas.  The foreman called her from the tile store and asked what he should do since Henry would not allow his crew to descend the steps from upstairs.  Henry’s mom explained over the phone how to calm Henry down so the guys could make their escape.  Her instructions worked.

First hand experience tells me Henry wouldn’t harm a fly but the workmen weren’t so sure and certainly not willing to call the big dog’s bluff.  He had greeted us at the front door with a stuffed toy in his mouth and a tail wagging to beat the band.  But when his owner isn’t home, he becomes quite the watch dog.  The inside of the front door bears witness to that as it shows a lot of wear from Henry’s claws.  If no one is home and someone comes to the front door there’s a lion’s share of yowling and jumping.  Several times, this behavior has led to Henry setting off the house alarm, so he’s no stranger to the police!

Lola, on the other hand, has me convinced that much like the unfair stigma associated with dizzy blondes, would do little to nothing to deter any intruders…she’d probably open the door for them if she had hands.

Around the corner and down the street a ways there were two, almost majestic looking, mostly buff colored horses. Their hoofs looked much like those of the famous Clydesdales of Budweiser commercials’ fame.  These animals, though quite a bit smaller in stature than their probable cousins are awesome none the less.  Since one was obviously a male, the other a female, my husband dubbed them Clyde and Dale.  (You’d think he’d never seen horses before the way he fawned over them…when, in fact, we have two living right across the street from us.)

Ken would whinny as we approached their fence and not unlike his success with persuading a donkey to come to him, so too, the horses found him charming!

We felt great disappointment the day we saw the For Sale sign in Clyde and Dale’s front yard.  The house did not stay on the market very long at all and suddenly our friends were gone along with the storage pod in the driveway.  The new owners have shown no signs of having outdoor pets, as yet, but we check out the back acreage every time we pass by.

In case you don’t care for animals, not to worry, next month will be the last of my three part Making Friends series.  But you might want to read along anyway as it features one of the most unusual of all our amigos.