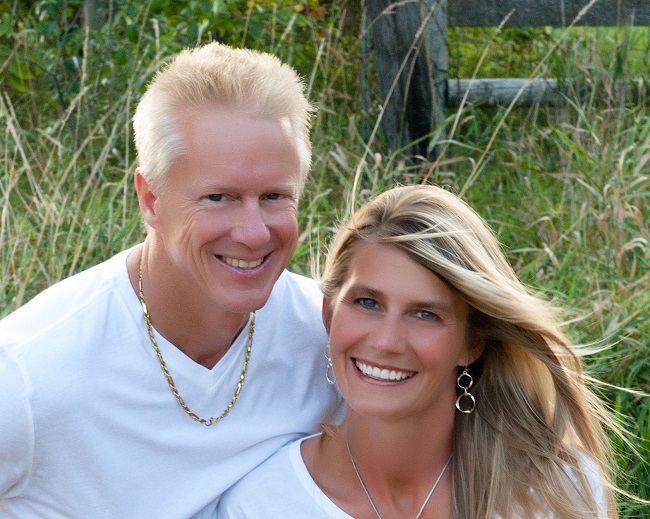 Bill embarked on his career with Domino’s Pizza as a driver in the 1980’s, he opened his first store in Willmar, MN in 1985.  Bill continued growing his presence at Dominos throughout his life, with the opening of his 100th store on November 15, 2014.  The year of 2015 marked his 30th year as a Franchisee of Domino’s Pizza. He served on many committees, such as the DFA Advisory Board.

To say that Bill enjoyed running would be an understatement. He adored running, running marathons with his friends, running on the treadmill, running in any form. Bill ran without fail, every day, for the last 17 1/2 years of his life. In fact, Bill’s refusal to buy a new, or at least decent, treadmill was an ongoing joke with family and friends. At one point he had three used tread mills in his garage. Bill was not only dedicated to running, he was dedicated to living life to the fullest, to creating an evident and palpable love to share with his family. Bill made an effort to enjoy each and every moment of daily living. He made certain to instill the love and adoration he felt for his wife and children, with in them, every day.

Traveling, movies, church, water skiing, whatever activity his children requested, Bill was in.  He did everything at 110 mph. He multitasked to achieve an inordinate amount in his 52 years on this earth, an amount that most others could not achieve in an entire lifetime. Bill’s cell phone essentially morphed into a natural presence on his body, much like an arm or a leg; his cell phone was always there. But that did not mean that Bill would not make time for you. If you needed him, he would drop everything. Bill was a rock, a foundation on which you could depend.

Bill was a pilot for 28 years. Flying was his hobby; it was an activity he enjoyed immensely. Sue often joked that his airplane was his “very expensive girlfriend”. And most of all, Bill was passionate about everything he believed in and not afraid to express his opinion. He rang loud at times but was gentle at heart. His generosity, unconditional love, and dedication to living life to its fullest potential will be deeply missed and never forgotten.

Bill was preceded in death by his parents, grandparents and father-in-law.