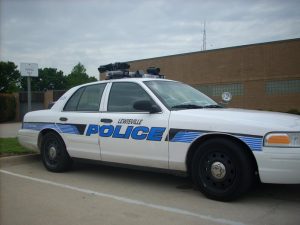 A teenage girl was offered a ride by a stranger in the 500 block of West Corporate in Lewisville around 4 p.m. Tuesday, Lewisville police said.

When she refused, the suspect left his vehicle and tried to grab her. She was able to escape and run home unharmed, police said.

The suspect is described by police as a: Hispanic male, with a mustache, thin build, in his 30s driving a dark colored four-door car. He was described as wearing blue jeans and a white T-shirt. The teen-age girl also told police that the suspect’s boots were black with the words, “Heavy Duty,” on the insoles.

Anyone who witnessed this offense or has information that would benefit the investigation is encouraged to call the Lewisville Police Department at (972) 219-3620 or the TIPS line at (972) 219-TIPS (8477).  Anyone with a cell phone may also send an anonymous tip by texting “TipLPD” and their message to 847411.