Filing underway for May elections 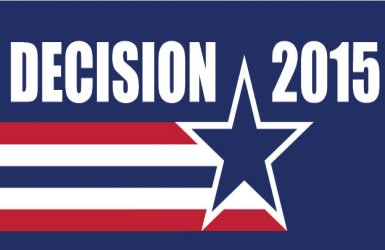 Filing for the upcoming May 9 general election for local school boards as well as city and town elections is underway.

This year, several mayoral seats are on the ballot, including Argyle, Copper Canyon, Double Oak and Highland Village. All four incumbent mayors have indicated they plan to seek re-election.

Growth continues to be an issue in southern Denton County as school and town/city officials grapple with the additional population, traffic, development, need for additional services and more that accompany it.

The filing period continues through Feb. 27 for both area school districts and municipalities.

The following is a breakdown by community and school district on the seats up for re-election, incumbents’ names, announcements from several who intend to seek public office and a partial list of who has filed to date:

This year, two residents will be elected at large to each serve a two-year term as a council member for Places 2 and 4.

Incumbents for the seats are Kay Teer and Jay Haynes respectively.

Additionally, Peggy Krueger as mayor is up for re-election. Krueger said Wednesday she intends to seek re-election to the mayoral seat.

Clay Sams, who was appointed to the Place 3 seat in 2014, is up for election for the seat this year and has filed for re-election to his seat.

Three at-large council seats and the mayoral seat will be up for re-election in Copper Canyon.

Mayor Sue Tejml said Wednesday that she would seek re-election.

Double Oak is relatively debt free and has no outstanding bond indebtedness, Donnelly said in a news release. The community has one of the lowest overall property tax rates in Denton County and has been recognized as a desirable, safe and scenic community in which to live, Donnelly noted.

“I am confident that by working together, we will continue to achieve great things for our town. The town is fortunate to have dedicated employees and volunteers, proud residents and devoted elected officials over its forty years. Double Oak residents’ actions over the years have made it well known to be a town of volunteers,” Donnelly said.  “It would be an honor to continue to serve the residents of Double Oak as Mayor.”

In May, two council seats are also up for election held by Dr. Ara Minassian and Steve Durbin.
Both council members have indicated to Donnelly they intend to seek re-election.

The Flower Mound Town Council election already has drawn several announcements of residents planning to seek a seat. Recent proposed developments have stirred some controversy among residents, some who have called for a slowing down of new development.

Last year, the town election was cancelled when no challengers filed for the vacant seats – the first time the town has cancelled an election in a number of years.

Michael Walker, who currently serves as deputy mayor pro tem, has announced he will seek re-election to his Place 1 seat.

Don McDaniel, who currently serves on the Flower Mound Planning and Zoning Commission, announced earlier in January that he will seek election to the Place 3 seat being vacated by Mark Wise, who announced that he would not be seeking re-election to the council. McDaniel filed for election to the seat on the first day of filing.

Kevin Bryant also announced his intention to seek election to the Place 3 seat.

Carol Kyer, former president of the Lewisville ISD school board of trustees, and Itamar Gelbman, an alternate on the Flower Mound Planning and Zoning Commission, are vying for the Place 5 seat.

Jean Levenick announced during a town council meeting on Feb. 2 that she would not be seeking re-election to her Place 5 seat.

Places 1 and 2 on the Lewisville ISD’s board of trustees will be up for re-election this year.

Kathy Duke, 47, of Highland Village announced this morning that she had filed for re-election to her Place 1 seat on the school board. Duke served two three-year terms from 2004-2010, and then was elected to a third non-consecutive term in 2012. She currently serves as the board’s vice president.

Former Lewisville ISD Assistant Superintendent for Secondary Education, Dr. Harry Crenshaw has filed to run for school board. Crenshaw, 68, of Flower Mound retired from the district in 2011, shortly after Superintendent Dr. Steve Waddell was hired.

Crenshaw said he was an educator for 42 years, and had already been planning the retirement. “I have no axe to grind,” said Crenshaw, who thinks his abilities and experience can help LISD continue to improve. Crenshaw worked for LISD for about 16 years, ending up leading the district’s west-side secondary schools.

Still in contact with a lot of teachers and principals, Crenshaw says he hears that many of them are frustrated and overwhelmed. With Dr. Waddell’s recent retirement, and the impending hiring of a new superintendent, Crenshaw thinks his experience could help with stability, and that he would add a voice to the board to advocate for teachers and principals.

Kronda Thimesch also announced she will seek election to the Place 1 seat.

Trisha Sheffield, who holds Place 2 on the board, was elected in 2012 and is currently board president. Sheffield has filed for re-election to her seat on the board.

Two at-large seats on the Argyle ISD board of trustees are up for re-election.

Up for re-election this May are board president Eric Fields and board vice president Spencer Jefferies.

Two seats are open on the Denton ISD school board. Barbara Burns in Place 1 and Dr. Jeanetta Smith in Place 2 are at the end of their three-year terms.

Burns, a retired educator, was elected to the board in 2012. She currently serves as vice president of the board of trustees. Burns has filed for re-election to her seat.