C. Stroup: Not to be taken lightly 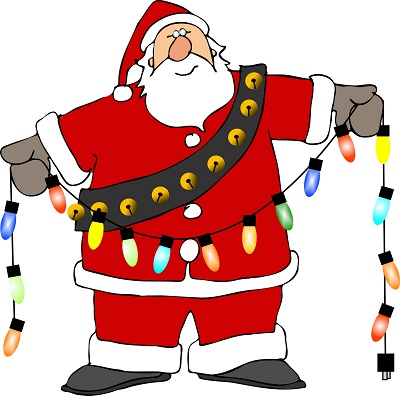 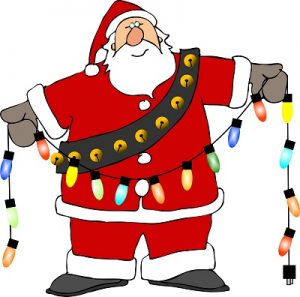 Is there anything more breathtaking or more rewarding than a Christmas tree loaded with hundreds of twinkling lights? Is there anything that gives you a warmer or fuzzier feeling than the outside lights all around your house over the holidays? Personally, I feel a glow when they’re all up for show. But what it takes to make that happen is quite another chapter…and, unfortunately, not at all in the spirit of a Merry Christmas.

Over forty years ago, when we were first married, my husband and I were given our very first set of Christmas Lights by my parents. In those days they came on big, old, fat dark wires with big, old fat white, red, green, blue and orange bulbs. We used them for years, both on the tree and on the house.  (The lights, not my parents.) They were sturdy, dependable and the bulbs were a breeze to replace. It was so easy to see which one had burned out and you could change it post haste. Enamored with our new home in Texas, (thirty years ago) my husband strung these well worn, but still working brights, which lit up the entire house at night. Having spent some time alternating red, green and white made us very proud. Our house would stand out in a crowd. (And they worked on the very first go round!)

Then came the advent of the little twinkling strings of white lights, with chasers hot on their heels. Had to have them…they were such a big deal. Threw all the functional, long lasting sensible lights away. And have, for every year since, been dismayed. This new technology wasn’t as bright as we expected. We gleaned, after many attempts, that getting these new lights to work, year after year, was really a joke. All it seemed to take was one teeny, tiny little bulb to be loose and the whole stringy thing became a cruel ruse. But in the spirit of Christmas we did give a darn and proceeded to try to make our home feel holiday warm.
Next thing ya know, there were ice cycles hanging from every house on the block. But as cool as they looked, they inherited the same problems without a doubt. With their loosey goosey tiny lights they took the word hassle to the roof top of heights. So we did what any sane person would do, we asked our son to put up the outside Christmas lights. He and a few of his buddies took on the task. The first year they attempted to do what was asked, their success was met with some failures, alas. For instance, the strands of lights didn’t light up all at once. Hadn’t occurred to them to test the strands first. And then they found how tricky it can be to get the right string at the right place to plug in. (“De-lightful” yet quite entertaining). That Christmas, running all over the front of the house, we had seven huge orange extensions cords. The way they looked I can’t put into words.

Over the following years the boys became smarter about putting the lights up. However, the manufacturers of the tiny white lights never made a New Year’s resolution to fix any inadequacies in their product. So even buying new strands of glistening ice cycles didn’t always work the first day of Christmas, (nor the second, nor the third, nor on the twelfth.  By the way, I’ve never understood about the twelve days of Christmas.)
As the boys were becoming young men, along with getting serious burnout, they outgrew the task of “enlightening” our residence.

The following year, Ken decorated both inside and out, all by himself. (He can make anything with wires work.) It took him a little while one morning, but after being wired himself after a pot of coffee, he had the tree blinking and flashing and the angel on top had a light up her gown. He’d finished installing lights that lit half way across the front of the house. But then, dontcha know, he tried to escape. I caught him. He frowned. He returned to this Christmas scene and managed to make the rest of the gutters glitter. He conquered…he was the winner! Turned out awesome, except for the one little problem which became a real pain in the plug in. Some outdoor decorations lit up when the tree turned on. Others stayed on just because others stayed on. Small price to pay even though the little bitty bulbs burned brightly all day.

This Christmas we’d discussed and cussed the possibility of, once again, tackling the project of putting the lights up ourselves (editorial “ourselves”).  After much ado, we bit the bullet and hired a crew to come out and light up our lives. We were expecting them to charge a reindeer’s share of Santa’s stash. Instead they asked for 50 bucks and it only took them an hour! We were happy to pay them with cash!

We’re toying with the idea of just leaving them up all year. But there’s certainly no assurance that they’d all come on next season. Past performance gives us no reason to believe in. So, for a few dollars more, we’ll have the professionals come back since they have the knack. And when Santa Claus comes to drop off some coal, the house will be all lit, all on, all aglow!