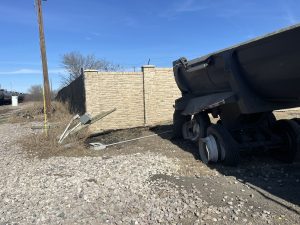 First responders were called to Cowboy Lane, south of FM 1171 and west of Hwy 377, about 11 a.m. after the collision. A Flower Mound Police Department spokesman said the truck failed to yield to the train’s right-of-way, causing the crash.

No one was injured, according to a Flower Mound Fire Department spokesman, and no hazardous materials were released as a result of the collision. Cowboy Lane was the only impacted roadway, and was reopened less than two hours later.