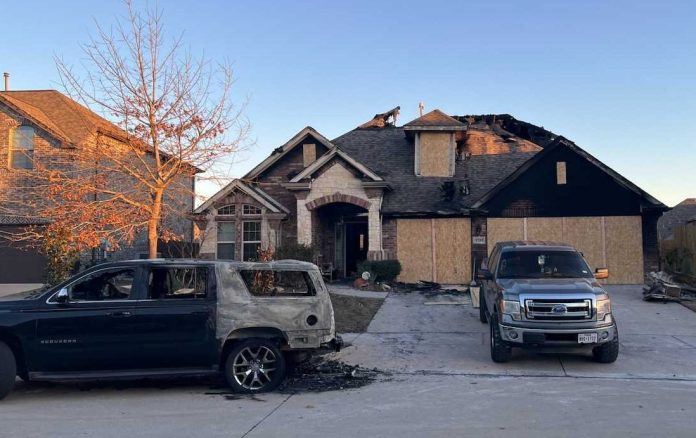 The Denton Fire Department responded to a house fire on the morning of Christmas Eve in the Country Lakes subdivision.

Firefighters were called to the 5700 block of Tawakoni Drive around 11:30 a.m. Saturday. One house, and one vehicle in front of the house, were fully engulfed.

A Denton FD spokesman confirmed that no one was injured in the blaze. The cause of the fire is under investigation.

A GoFundMe account has been set up to assist the recently retired couple who lost everything in the blaze.