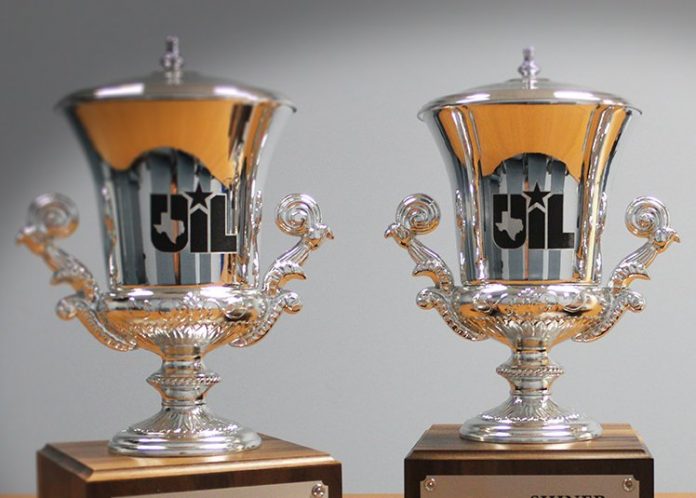 The Eagles won this year’s championship in record-breaking fashion. Argyle scored a state-record 168 points, marking the most points in the history of the award (all classifications) dating back to its start in 1997-1998.

This also marked Argyle’s 12th overall award, second only to Highland Park which won its 13th title this year in Class 5A. Beginning in the 2022-2023 school year, the Eagles will move up to Class 5A and Argyle will carry a state-record streak of 10 consecutive Lone Star Cup titles.

“Winning the Lone Star Cup is such a huge accomplishment for Argyle High School,” said Argyle ISD Superintendent Dr. Telena Wright. “Endless hours and a monumental amount of effort by students, teachers, coaches, directors, and parents have gone into this achievement. I am so very proud of their winning a 12th Lone Star Cup for AISD.”

The Lone Star Cup recognizes the most successful high school in each of the six classifications based on overall results in academics, athletics and fine arts.

Celina finished second behind Argyle with 101 points and Canyon was third with 91. Argyle’s 168 points topped the previous point total record held by Carroll with 150 in 2001-2002.

The Eagles were also regional finalists in Volleyball, Girls Soccer and Softball. Every Argyle athletic team qualified for the playoffs and combined for 13 district championships.

“It truly takes the combined efforts of everyone in our school and community to make this a reality,” AHS Principal John King said. “Breaking the state record for Lone Star Cup points in one school year was a goal that we have worked to achieve for many years. I am so proud of everyone that played a part in making this goal a reality for Argyle High School.”

Each winning school also receives a $1,000 scholarship. Trophy presentations will take place in the fall.

“I am very appreciative of the dedication and hard work of all of our athletes, coaches and staff for this to happen,” Argyle ISD Athletic Director and head football coach Todd Rodgers said. “Excellence is an expectation in Argyle ISD and every varsity athlete in our entire program contributed to the winning of the Lone Star Cup.”

The Argyle Band won its 8th state championship this year, making it the most decorated band in the state regardless of classification.

“The Argyle Band community is honored to be a part of this historic accomplishment,” AHS Band Director Jason Bird said. “Argyle is a special place.”