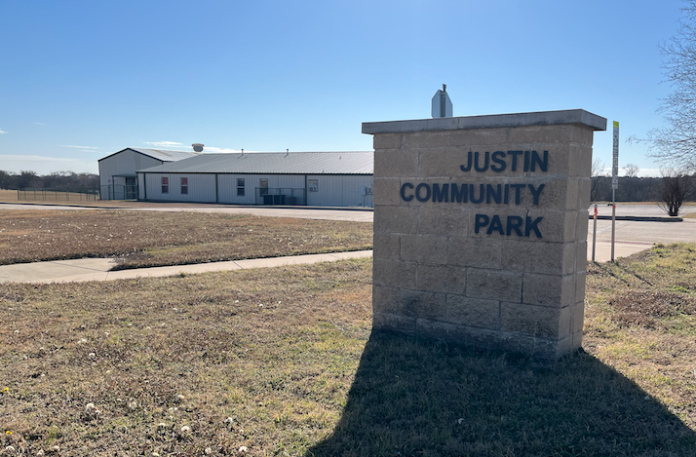 Two people were injured during a road rage shooting on Monday afternoon in Justin, according to the Justin Police Department.

Police responded to the reported shooting about 4:30 p.m. at Justin Community Park, 420 Ovaletta Drive. One victim was transported to the hospital and remains in critical condition on Tuesday, while the other victim was treated for minor injuries on site, according to police.

The suspect fled the scene in a white Ford SUV, and the public is asked to contact Chief Alex Coss at [email protected] with any information about the incident.

Police believe the shooting was an isolated incident.