Guyer could not get by Westlake in state title rematch

The Guyer Wildcats led 14-13 at halftime of the 6A Division II state championship on Saturday night, but could not hold on, falling to Austin Westlake by a score of 40-21.

Guyer was shut out by Westlake in the 2019 state title game, and hoped this time things would be radically different.

The Chaparrals took a 6-0 lead early in the first quarter, before the Wildcats answered with a 15-yard touchdown from Jackson Arnold to give Guyer a 7-6 lead.

Westlake scored again to make it 13-7, but the Wildcats came right back and scored on a 9-yard touchdown pass from Arnold to Jace Wilson and led by one at the half.

Westlake regained the lead early in the third, but Guyer answered once again, this time on a 6-yard run from Arnold to give Guyer a 21-20 lead.

Westlake then scored 20 unanswered points to put the game away.

Guyer finished the season with a 14-2 overall record, going 5-1 in district competition.

Soak it all in. A valiant effort from Jackson Arnold and Guyer against who is, by all accounts, the best team in the state in Westlake. Wildcats fall, 40-21. @DentonGuyer_FB @_JacksonArnold_ #UILState pic.twitter.com/Fbvz3Df5lO

It didn’t end the way @DentonGuyer_FB wanted it to but the Wildcats competed to the end. @coachrodneywebb is proud of his team and thinks Denton Guyer will have a great shot to be back in the State Championship Game next year! #UILState pic.twitter.com/fGFpxuBHMd 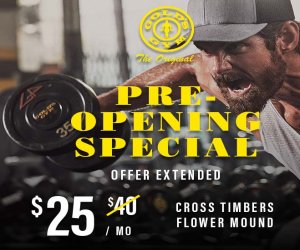