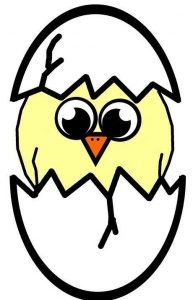 Early spring brought a vast assortment of curious critters to my home. They were curious about all things including my front and back porch, the garage, flower beds, the pool area (incorporating both deck and water surface) and last but not least, the towering trees.

I watched as the red-breasted hawks expanded the square footage of their nest. Their babies grew and began to overflow onto the tree limbs. Just happened to be out and about one day and witnessed several hefty hunks of sticks and downy matter fall from above. And it wasn’t but a few days later I spied three nearly grown hawks next door. They were fluttering up onto the fence and then onto the ground. They were squabbling over a prize (a bit of bloody something or another) one of them had captured for lunch. At last they were able to be on their own and their parents would be out of my hair!!!

However, my persistent pool poachers continued to poop while cavorting in our pool and on the surrounding deck. It became a game trying to keep count of the eggs before they hatched. After the existing nest had mysteriously become eggless I figured that was that. OH, But No! It started all over again. I admit I had a hand in flattening the empty nest. But it was one of those serious spring downpours that took care of the rest. There was nothing left but a muddy hole. A relentless hen, apparently a single mom, waddled her way up from the pond to the flower bed. She nestled into the sloshy muddy mess and Voila, next day three eggs sat atop a small dirt mound. Some very sad news follows: nefarious doings occurred overnight and we discovered the hen feet up in the pool at morning’s first light. My basic instinct was to blame one of the snakes for the tragedy but I had no proof.

The housing market must be way up at that end of our pool. It wasn’t but a few days later before another lady duck built a lovely nest. And there she deposited an even dozen. Unfortunately, not long after that, the egg count went down to nine so I’m assuming she wasn’t the kind adoptive type after all. It would appear she had selected the three eggs from the deceased duck and banished them from the dozen. Of course, this is all supposition on my part but it’s the best story I can muster. (Oddly enough, there was no trace of the eggs, no shells, no sign they ever were there.)

On previous occasions the drake always stuck close by while his lady was feeding or on the nest. Nice guy, or so I thought. But after observing the behavior of a macho mallard history had taught me that once the ducklings could swim the mother hen would have seen the last of him.

A peculiar situation ensued when a female mallard, flying solo, plopped down on the nest as though she owned it. And all was well until the drake and his current wife came back to roost. There was a terrible ruckus as the drake flapped hard, pecked purposefully while charging at the unprotected nestnapper. Apparently Papa Duck was in a fowl mood as he chased her clear down to the pond. By the time he returned his wife had settled in warming the only six eggs that were left… (Go figure.)  I was watching like a hawk as the drama unfolded… and I know all about hawks!

The exiled hen did not give up easily.  Repeatedly she would waddle her way back to what she considered to be her homestead. And each time the drake and his hen would return from foraging, more feathers would fly. It was pitiful. Still, whenever I noticed the nest being unoccupied (timing was everything) I took egg inventory. And almost on a daily basis the count diminished… six became four, four went to three down to two and then there were none! I might add no ducklings resulted from the AWOL eggs. And why the lone hen insisted on coveting the established nest remains a mystery.

Now that all the eggs were finally gone

The ducks returned full time to the pond.

So for all the laying of eggs this spring

So very few turned into anything.

I do hope next year my visitors come back,

Except for the snakes, I can do without that.

She can bring them to my house. They’re welcome anytime!