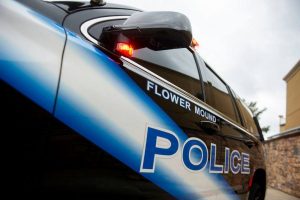 A man was shot Sunday night in far south Flower Mound, according to the Flower Mound Police Department, which is searching for the suspect.

Police were called at 10:09 p.m. about a shooting in the 200 block of Harbor Hills Drive, according to a FMPD news release. Police found one victim, a 24-year-old man, with a gunshot wound. Three other family members were in the home at the time but were not injured.

The victim was taken to a nearby hospital and is in stable condition, according to the police statement released late Monday morning.

The only description provided by the victim was that the suspect was a black male. Detectives don’t believe it to be a random act, and they are still investigating to find more information about the suspect and motive. They don’t believe he is still in the area.