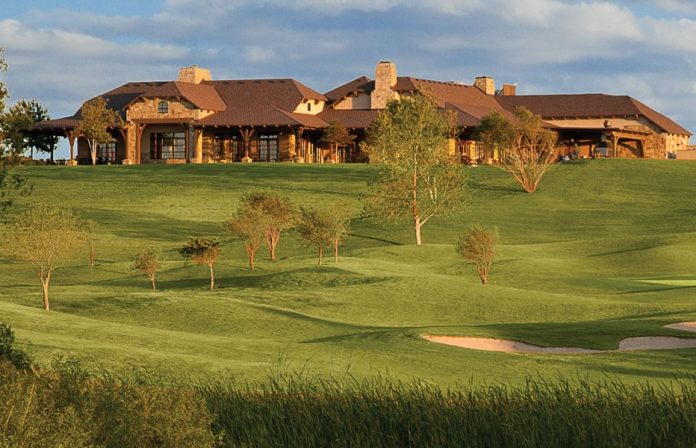 In many ways, as we start the New Year it seems like we are living the movie “Groundhog Day.” We still have a pandemic, we are still living with economic uncertainty, and many of us are feeling we just need to reengage in life. We miss the old normal… getting out of the house, taking trips, visiting friends and family.  Doing stuff.

But we don’t want this to get us down. As an Active Adult Community, Robson Ranch is filled with doers. We make the very best of what we have, making changes where it makes sense, but always with an eye to protecting the health and safety of our community.

Our exercise classes are running at near capacity. We are walking, bicycling and engaged in a broad range of competitive group activities. We have hundreds of Bocce Ball players chomping at the bit to start up the season. Texas Toss has become a bragging rights sport with hundreds of participants. For the traditionalist we have tennis and multiple horseshoe pits. Pickleball has never been more popular.

As doers we are also motivated by giving to others. Giving back to the communities that surround us is something we can do while being restricted by where we can go. Technology is becoming our new best friend.

The Robson Ranch After Schoolers Food Drive was a major success. We were able to fill 54 bags of food for low income families at Borman Elementary. We also provided 50 stockings (made by our own Material Girls) filled with toys and goodies and scarves. To cap this off, Robson After Schooler volunteers provided 100 bags and crates of food to fill the school’s pantry for weekend shopping by Borman families long after the holidays.

Our Texas Guard Toy Drive was also a huge success. It was coordinated with the help of all Robson Ranch Golf Associations, the Classic Car Club and the Wildhorse Golf Pro Shop. This year the volunteers packed two pickup trucks and a trailer with goodies for disadvantaged and hospitalized children throughout North Texas. This was double last year’s contribution. There were too many toys to count, from homemade dolls to trucks to bicycles to games and art sets.

There are just too many great causes that we support to list them all. We are blessed by the generosity of our residents who live at Robson Ranch. We hope the new normal will continue to include a generous heart.

With the 2021 Texas Legislature in full swing, I’m reminded of those famous words, “no man’s life, liberty, or property are safe while the Legislature is in session.” I’m also thankful that our Denton delegation are not the sort of legislators our glib friend had in mind.

Of course you know how legislative decisions can impact your family budget. But you should also know how Austin can affect the City’s work. In Texas, the people have vested most authority in the State, which then delegates it to various agencies and political subdivisions to do all their different jobs. Cities like Denton are “home rule,” meaning that we have the authority to make local decisions locally, closest to where they’ll be felt.

For example, the Texas Department of Transportation (TxDOT) coordinates the highway network, but your City maintains the roads outside your home. It’s fine for TxDOT to decide when I-35 gets repaved, but we don’t really want an engineer in Austin to determine when a pothole on your street is worth a look.

This system of local control over things like roads, parks, police, and fire has worked well for a long time. For example, in Denton we’ve been able to lower your City property tax rate for four consecutive years (down to the lowest in over a decade), and still offer top-notch service to a growing city.

However, the actions of a few large cities, especially in cutting police budgets, have put our good system in jeopardy. A few legislators think that all city governments (not just the “activists”) have run amok and should be brought to heel. Their goal is to centralize more power in Austin.

Serving on the City Council, I love communicating directly with you. We see each other around town and we talk. Folks feel quite free to share how things are going or what we could do better. This makes me better at the job and gives you better representation.

Of course I understand how a legislator from the Panhandle could look at a city like Houston and think he could handle things better. But isn’t it up to the voters in other cities how much they’re willing to pay in taxes? Or how underfunded they’ll allow a city department to become before they throw out their city leaders? I may not agree with what goes on in those cities, but I can’t imagine centralizing power in Austin would be any better.

Thankfully, our own legislators understand.  I know that Rep. Stucky, Sen. Nelson, and Sen. Springer appreciate the work we do for you here in Denton. But their colleagues may not be so well-informed. Some lawmakers only know about the big-city problems. So please keep an eye out for attempts to relocate your decision-making power to Austin, and be ready to help our legislators educate their peers.

On another note, Denton City Manager Todd Hileman will be leaving us at the end of February for a new job in California. Todd has done excellent work for us here in Denton, especially in restructuring the City staff, bringing in new talent, tightening up the budget, and keeping the tax rate low. His leadership during the COVID-19 pandemic and the City’s response has been invaluable. We will sorely miss his steady hand on the rudder.

Please don’t hesitate to contact me by email at [email protected]. I look forward to hearing from you, and I’ll see you around town!