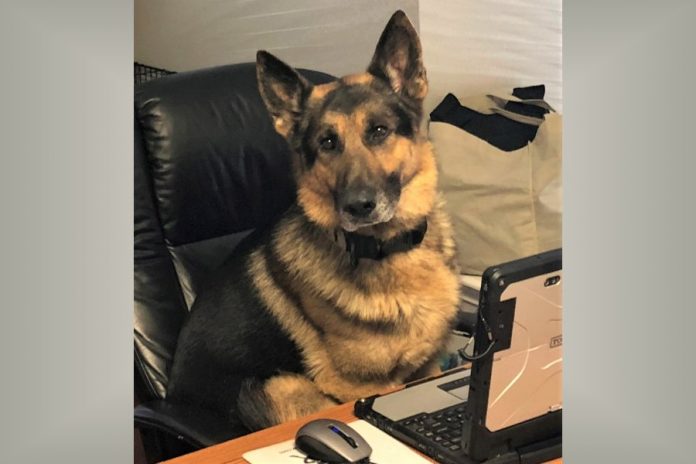 K-9 Nilo was born on December 15, 2011 in the Netherlands and was given the name of “Daffe.” He was purchased and imported to the United States in August of 2013. In the fall of 2103 the Denton County Sheriff’s Office committed to building a K-9 program to help serve the citizens of Denton County. K-9 Nilo was the first K-9 selected to join our agency and he and his handler began training in Louisiana.

After Nilo and his handler completed training in March 2014, he hit the streets working. Nilo continued to work with his original handler until the fall of 2017 when he was assigned a new handler. Nilo’s new handler, Deputy Corey Halfmann was his partner until his end of watch on December 14, 2020, just one day shy of his birthday, due to a terminal illness.

Nilo’s entire career was spent working Criminal Interdiction. Hunting illegal contraband smugglers was his and his handler’s passion. In doing so, Nilo is responsible and assisted in the seizure of thousands of pounds of narcotics and millions in assets seized from narcotics smugglers, drug dealers and other criminals. His largest single narcotics seizure was 445 pounds of narcotics on a single traffic stop.

K-9 Nilo was known throughout the North Texas K-9 World to be one of the best narcotic sniffing K-9s around. His reputation in the criminal interdiction world was so good that state and federal agencies across North Texas called for his assistance numerous times. Officers from other agencies had great respect for Nilo and were always happy to have him assist.

“On every traffic stop I would make, K9 Nilo would become fully alert and would always stand up and watch every move I made from the vehicle through the front kennel door. On one traffic stop he was able to get through his kennel door and was in my front seat. What was great was that he had his paw on the light bar and siren buttons and was hitting them. So there I was trying to get through this stop and my sirens and lights are on and off and changing constantly because Nilo keeps hitting the buttons with his paws.

I can say with certainty, that on numerous occasions when dealing with violent criminals, the sound of Nilo’s bark always deterred the aggressive behavior of the person I was dealing with. There is no telling how many times his bark has saved my life. I have never had a criminal attempt to violently confront me once they heard Nilo barking.”

Nilo was one of the most kind and gentle K9s around. He was very sociable and loved kids. Sometimes I think he loved them more than me. He loved going up to kids and pushing all his weight on them so they would have to wrap their arms around him to stay balanced.

All the way up until the end, K9 Nilo loved to work. I would go outside in the morning and start my unit only to hear K9 Nilo start his excited yelping because he knew it was time to go to work. That boy would race out of the house and sit at the door of my unit waiting for me to open it. There was nothing he loved more than going to work.

Most people have no idea the bond a handler has with his K9 Partner. I did not really even know how tight our bond was until the loss of him. It one of the hardest things I have ever had to deal with.”

K-9 Nilo spent his last days with his handler and family at home celebrating his birthday with cake and treats. DCSO was honored by Nilo’s service and he will be greatly missed. Rest in Peace K-9 Nilo!