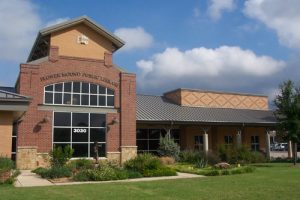 The town of Flower Mound is reducing the operational hours for the Public Library when it reopens next week, as well as postponing the full reopening date of the Community Activity Center, because of rising COVID-19 cases.

Positive coronavirus cases have surged in the past few weeks, locally and regionally. Because of public health officials’ concerns of spreading the virus, the town is making a few changes to try to reduce the risk of spread.

The library is currently closed for renovations and construction, unrelated to the coronavirus. The town had previously announced that the library would reopen on July 6, and would be open seven days a week, but on Tuesday, the town announced that it was reducing those hours. Starting July 6, the library will be open from 9 a.m. to 9 p.m. Mondays through Thursdays, but it will remain closed Fridays through Sundays, until further notice.

The town also recently announced that the CAC would not fully reopen on Saturday, as had been previously announced. The CAC and its indoor pool will remain open to members only, with modified hours, until further notice, according to the town.

Summer day camps have been canceled and refunds will be automatically processed. Parks and Recreation staff will be reaching out to all those affected via the contact information provided on registration forms, starting with those registered for the soonest-scheduled camp session.