Band is family for Lantana teen 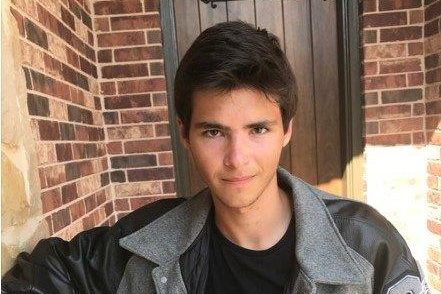 Gavin Smethers has a passion for music; and, his experiences in the Guyer High School band have been among the most rewarding of his entire life.

While the Lantana teen plays guitar, piano and ukulele outside of school, he said playing trombone in the Wildcat band is special to him for several reasons.

“I adore participating in the Guyer band to the extent that I do, because I get the opportunity not only to express myself musically, but also get to be a part of a family who share my interests and who I can support and get support in return,” Smethers said. “Those things are great, but being in the band has also taught me about leadership, empathy, and how to handle real responsibilities.”

Smethers, 17, said “being a cog” in the GHS band has shaped his high school experience in other positive ways as well.

“I’ve gotten to travel the country, play at football and basketball games, make lifelong friends and more than I ever expected going in,” Smethers said. “To narrow it down, I’ve got to say that playing at, observing our traditions at, and marching in our shows at football games was the most surreal experience I was afforded in my high school career. Those games contain some of the best moments I had in high school; so, without a doubt, they are what I most cherish about going to Guyer.”

Smethers is also a member of the English National Honor Society at Guyer and carries a 3.7 grade point average (4.4 weighted).

The senior said the most difficult aspect of being a young person today is also one of the most ubiquitous and in many ways, unavoidable.

“Social media has changed the way we interact and the way we talk,” Smethers said. “You can say something in less than a few seconds and your life can be ruined just as fast. It is an unprecedented benefit and danger all at the same time. It’s not something you can simply avoid either. It is being integrated into everything from how you meet people and make friends to your professional life.

“I have seen people become addicted to it, unable to put their phone down, or even go into depression. In essence, this will be one of the greatest issues young people like me will have to face as we get older.”

Smethers is undecided between Texas A&M, Baylor, UNT and Texas Tech for college, but said he plans to major in business.

Person who most inspires you: My Father

Book currently reading or last book read: The Once and Future King