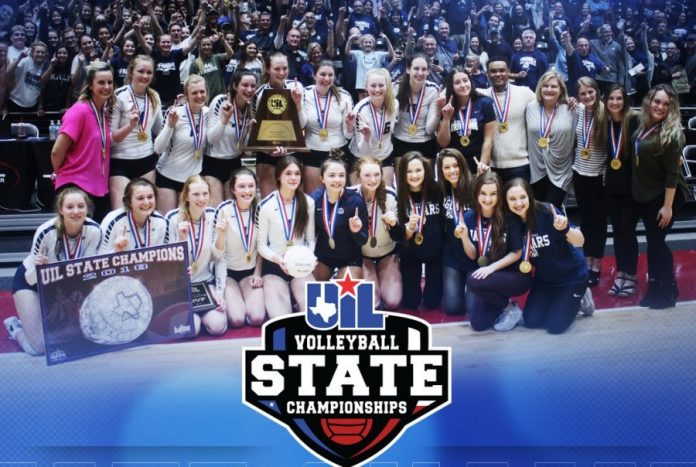 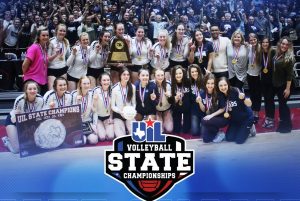 On Aug. 22, Jamie Siegel had a modest objective for the Flower Mound volleyball team.

“To work hard daily, to grow together as a team, to compete every day, and compete to win daily,” Siegel said.

Siegel had just arrived at Flower Mound from Keller High School, where she led the Lady Indians to a district 3-5A championship and trip to the regional quarterfinals in 2017.

Flower Mound missed the postseason in 2017, but Siegel saw something in her team that made her optimistic for 2018.

“We are excited about this group of girls and the way practices are going,” Siegel said. “Good things are ahead for us.”

Siegel’s words proved to be prophetic on Saturday afternoon, as the Lady Jaguars brought home a state championship, the first in school history, and did so in dramatic fashion.

Kaylee Cox was selected as the MVP of the State tournament, finishing the match with 18 kills, 19 digs, 1 ace and 1 block.

Flower Mound nearly made it a shutout in the state championship contest, rallying from seven points down in the opening set to tie the match at 24 a piece, but could not complete the comeback and fell behind 1-0.

A block on match point by Abby Butler in the fourth set sealed the victory for the Lady Jags, who finished the season with a 42-7 overall record.

Flower Mound won the 6-5A district championship this season, and defeated Guyer, Mansfield, Byron Nelson, El Paso Coronado, and Southlake Carroll in the playoffs to reach the state tournament.

In their first state tournament appearance in school history, the Lady Jaguars defeated Northside O’Connor 3-1 in the state semifinals and Ridge Point to win the state championship.