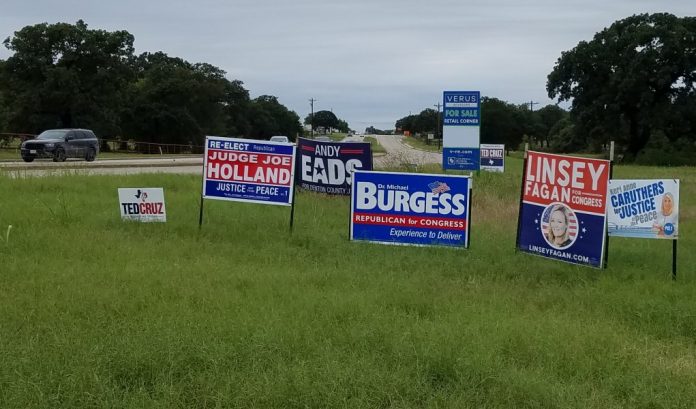 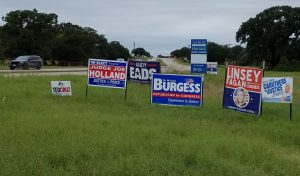 The number of contested races this November in Denton County is eye-opening, especially for a county that has not elected a Democrat in well over a decade.

There are 500,000 registered voters and counting in Denton County.

Beto supporter Bill Featherstone from Lantana said that he “likes the message and tone of his platform” on important issues.

“He has a positive, inspirational message. Beto is interested in improving our country and not just tearing up existing legislation because another political party enacted it. Beto sends a message of unity and not divisiveness which we greatly need today,” said Featherstone.

“Cruz is the only senatorial candidate that has proven his fidelity to, defense of, and faithful exposition and interpretation of our Constitution, which is essential to preserving our God-given freedom and liberty in the most benevolent country in history. Having grown up throughout California, the state with the highest rate of unsheltered homeless in the nation, I know firsthand what Beto’s idealistic propaganda actually looks like throughout all stages of implementation,” said Gilbert.

In the race for TX-26 district in the U.S. House of Representatives, which represents all of Denton County and parts of the surrounding area, incumbent U.S. Rep. Michael Burgess (R) is being challenged by Democrat Linsey Fagan. Burgess has held the seat since 2002.

There will be many other national, state and county races on the ballot. To highlight a few local ones:

Joe Holland (R) is being challenged by Keri Anne Caruthers (D) in Justice of the Peace Precinct 1, which includes Lantana.

Early voting will be available at select locations from Oct. 22 to Nov. 2. The closest early voting locations in southern Denton County are:

The last day to apply for ballot by mail is Oct. 26. Visit www.votedenton.com to see if you are registered.