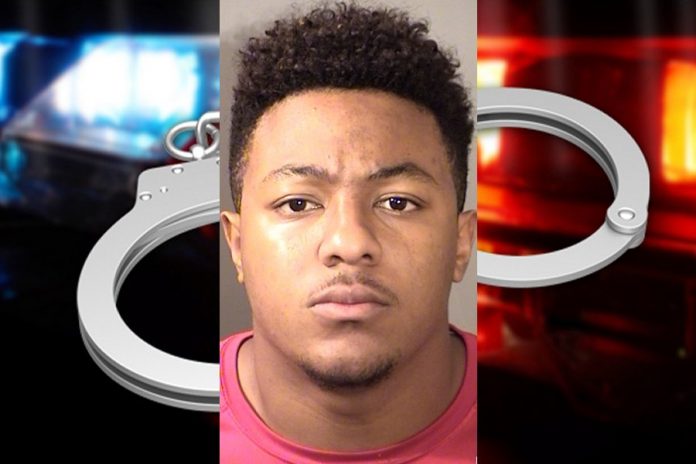 Elijan Felix Warren, 17, of Lewisville was arrested last week after an underage girl accused him of pressuring her into having sex with him and another juvenile male in early August, according to a press release from the Bartonville Police Department.

Warren faces a felony charge of sexual assault of a child.

A copy of the arrest warrant affidavit stated that during an interview, the victim said that Warren had communicated with her via Snapchat, telling her they should have sex. The victim said that when she was spending the night with a friend, they snuck out and went to a residence in the 1100 block of South Gibbons Road in Bartonville. The address is known to police as being linked to people using narcotics, the affidavit said.

The victim told police that her friends and Warren all began pressuring her into having sex with Warren; which they did. When an unidentified male juvenile walked in, Warren told the victim to have sex with him also while Warren observed.

The victim told police Warren took a photo and posted it to Snapchap. According to the affidavit, after the two males stopped having sex with her, everyone went outside and smoked marijuana.

After the warrant was signed, Double Oak police assisted Bartonville police to arrest Warren in the 200 block of Waketon Extension in Double Oak on Aug. 29.

According to the police news release: “The investigation into that incident and others is ongoing at this time.”

Warren was jailed on the second-degree felony charge and posted $10,000 bond on Saturday.