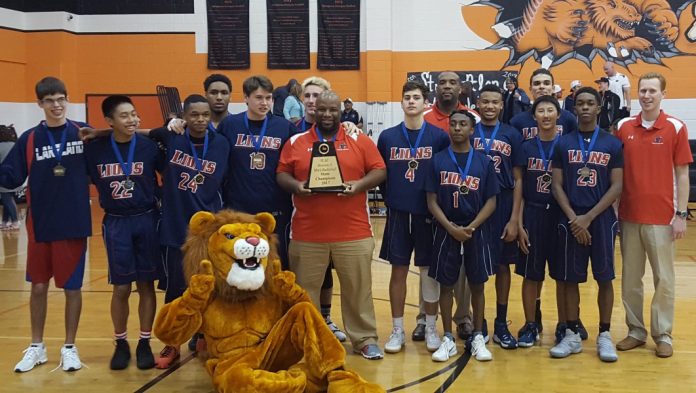 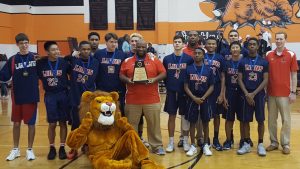 The Lakeland Christian Academy Boys basketball team in Lewisville earned the school’s first state basketball title with a 65-64 win over Romeo Prep at Springtown H.S. on Saturday to capture the TCAF D2 Championship.

The Lions found themselves down by one with the ball under their own basket with 3 seconds left. Senior forward, Brayden Barkley, caught the inbounds pass and sank the 10-foot jumper as time expired to give Lakeland the win.

Barkley was named Tournament MVP and freshman Jared Avestruz was named to the All-Tournament team.

The Lions used a balanced attack all year to finish the season with a 19-1 and 10-0 record in district play.

The Lakeland boys also brought home many awards this season. They placed six players on All-District teams and four players on the All-State team.

Taylor, Barkley, and Britt will have the opportunity to represent Lakeland in the TCAF all-star game.

The Lakeland coaching staff of Melvin Harper, Doug Jackson, and Keith Chambers were selected to coach the Blue Team at the All-Star Game on March 11th.