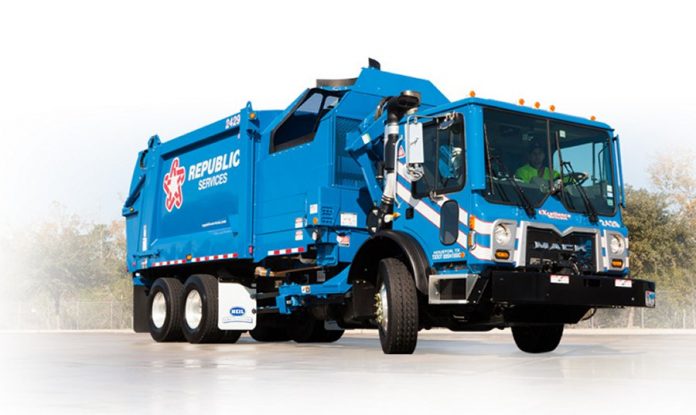 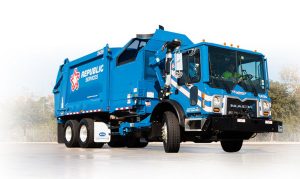 Lantana will have a new trash and recycling service starting April 1.

The votes were 4-1 on each board, with FWSD #6 board member Max Miller and FWSD #7 board member Randy Fogle voting against the change.

Waste Management has been Lantana’s solid waste provider since the development’s inception in 2001, and all had gone smoothly until early last year, when some residents began reporting sporadic late or missed garbage and recycling pickups. Waste Management responded by adding a fourth truck in January.

A majority of the board members expressed their frustration that Waste Management was too slow to resolve pickup issues, especially at the time when contract renewal negotiations were underway.

“If there has to be something that is a deciding factor, it bothers me that we had trouble all during this past year and everybody was aware of it. I feel like we went to them with the solution instead of them coming to us with the solution,” said FWSD #6 board member Donna Robichaux.

“It’s been a long painful process, and Waste Management has not stepped up,” added Sheldon Gilbert, FWSD # 6 board member.

Waste Management officials conceded that they hit a rough patch, but that the situation is now under control.

“We did it for 15 years here, and we just had a bad year,” said Doug Sims, Public Sector Solutions Manager at Waste Management. “I think we are on the right track now.”

However, most board members felt that the issues left a permanent mark.

“The boards have been dealing with Waste Management’s inefficiencies since May of last year, which has been very disappointing given our 15 year relationship,” said Kurt Sewell, board president of FWSD #6. “Through constant communication between Kevin Mercer, General Manager of the District, and WM, at times service would improve but would not remain consistent.”

The boards looked at two different options from each vendor. Option A was single service area, with all of Lantana being served on the same day. Option B would involve splitting Lantana into two service areas, with different pickup days for either side of Lantana Trail.

Both sets of proposals were similar in terms and costs, but the difference between the two Option A proposals was that Republic would spread out the pickups over three days per week instead of two.

Miller and Fogle objected to having waste containers outside three days per week.

“We believe in having less people will make for better service because the same guys are driving all the neighborhoods every time and will know your area better,” said Reid Donaldson, ‎Senior Area Municipal Manager at Republic.

In response to FWSD #7 board member Andrew Kloser asking if Republic could combine recycling and trash on the same day like Waste Management does, Donaldson said, “We can do that, but we have to add a truck, so the cost goes up.”

When it comes to accountability, Donaldson said that Republic management would be on top of anything out of the ordinary that might occur in Lantana.

“You guys got a real lucky situation. Craig [Mikolajchak], our GM [of Republic], has lived in Lantana 10 years.”

Republic is the second largest waste company in the nation, behind Waste Management, and provides service to the nearby towns of Argyle, Copper Canyon, Coppell, Roanoke, and the Harvest community.

Feedback from Argyle and Copper Canyon officials about Republic’s performance was positive.

Waste Management currently serves Flower Mound, Double Oak, and Lewisville, among others, although Flower Mound has asked for bids from Republic and other providers.

Residents should expect their recycling bins to be switched out on March 25th and the new trash containers to arrive on March 29th.

Aside from the new schedule, there will be one more big change residents will have to get accustomed to: Republic’s trash cans will be blue and their recycle containers will be green, the opposite of what they have now.