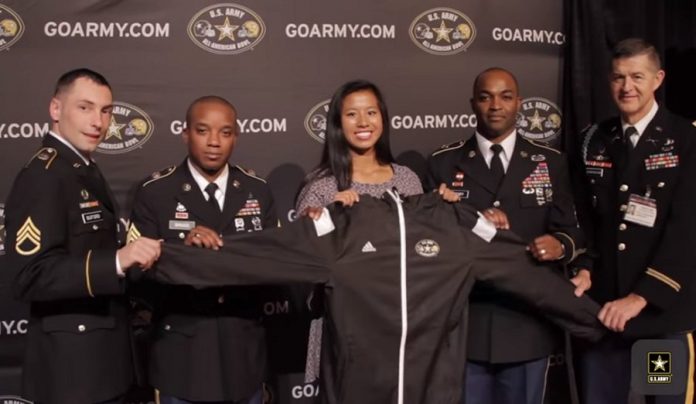 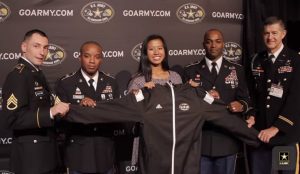 Rachel Chow, captain of the Flower Mound High School color guard, will be performing at halftime during this Saturday’s U.S. Army All-American Bowl at the Alamodome in San Antonio.

Rachel has been an officer of the color guard since her junior year and a member of the Varsity Scholastic Open Winter Guard since she was a freshman.

Rachel plays the piano and the violin, and is a brown belt in martial arts. She is a member of the National Honor Society and volunteers at the Flower Mound Public Library and at a local rehabilitation center for senior citizens.

Now in its eighth year, the U.S. Army All-American Marching Band features 125 of the finest high school senior marching musicians and color guard members from across the country.

Like the U.S. Army All-American football players, the national selection of All-American band members is based on a broad range of attributes that go beyond performance and include qualities such as academic achievement, leadership abilities and community service.