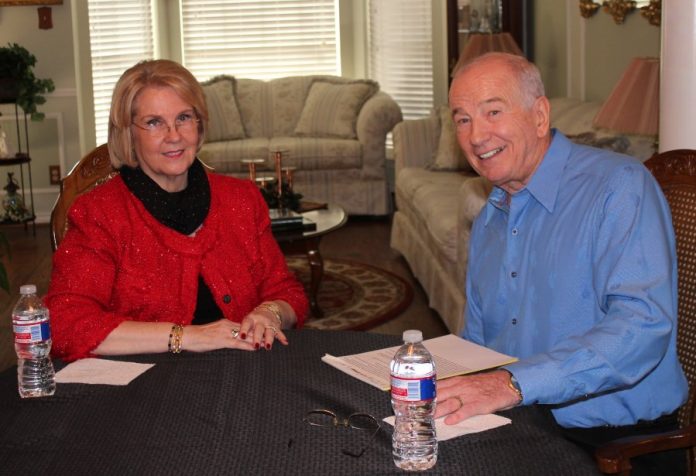 After 13 years of commendable service as Chair of the Denton County Republican Party, Dianne Edmondson is moving on as she runs for a seat on the state Republican Executive Committee in Senate District 12. If elected, Ms. Edmondson will be taking the seat being vacated by Jean McIver, who will leave office in June 2016, after serving four two-year terms, the maximum under the term limits rule.

During her very successful years as leader of the Denton GOP, Ms. Edmondson has a flawless record of electing Republicans to office in what many would agree is the staunchest conservative county in the state. Her role as County Chair was, among several other functions, to assist residents in registering to vote, provide info about where to vote, and, during the general election cycle, endorse candidates selected by voters in the GOP primary.

The party does not support any candidates during the primary election, since it would be unfair to choose one Republican over another. However, once candidates have been chosen, they can count on support from GOP operatives, as they organize to get out the vote for the nominees.

In addition to administrative duties, the party leader must have the courage and stamina to keep up with the myriad assignments involved in maximizing the victories within the county, while effectively serving local voters in a way the implements the Republican Platform. During her tenure, Dianne has greatly strengthened the county’s influence in the state and the national party. Incidentally, all the time and work the party leaders perform is voluntary; there’s no paycheck at the end of the week. Can you imagine what it would cost if we didn’t have so many volunteers?

To give you just one example of the Iron Lady image personified by Ms. Edmondson, let me go back a couple of years.

In 2013, there was a battle over Texas House Bill 2, which bans abortions after 20 weeks of pregnancy, requires abortion clinics to meet the same standards as hospital-style surgical centers and mandates that a doctor have admitting privileges at a hospital within 30 miles of the facility where he or she performs abortions. Well, after testifying at pro-life committees in Austin, Dianne joined fellow Republicans outside the Capital building as they stood up against some of the most vicious pro-abortion demonstrators in recent history. Subjected to vulgar picket signs, profanity-laced epithets, spitting and threats of violence, the County Chair and other brave party stalwarts held their ground with dignity and integrity.

The character and bravery they portrayed provided a backdrop for the moral values of our state that was certainly not lost on the decent people watching the good vs. evil scenario being viewed by the entire country on national television. The bill was ultimately passed and signed into law by then Governor Rick Perry. Thanks to the strong leadership of Ms. Edmondson, and many other stouthearted Republicans, untold numbers of lives were saved by that legislation. And, I might add, someone named Wendy Davis was easily beaten by our current Governor, Greg Abbott.

In the video interview below, Dianne answers some questions about her quest for the new role, as well as providing some opinions on the national level. It seems to me that her record in Denton County makes her a shoo-in for a position on the state level. More info can be obtained at: www.dentongop.org.