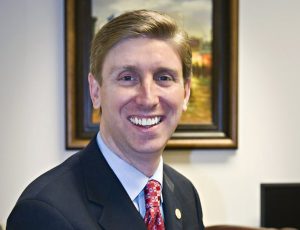 State Rep. Tan Parker (R-Flower Mound) announced this week that he will seek re-election in 2016 for a sixth term in District 63 of the Texas House of Representatives.

“Texas remains the shining model of what can be accomplished when government keeps sight of its central purpose and does not overextend its reach beyond its core responsibilities,” Parker stated.

“During my tenure in office your Texas Legislature has balanced budgets, provided record tax cuts while still investing more in key public services, further secured our border and led the nation in new job creation and in protecting the sanctity of life,” stated Parker. “However, Texas must keep its resilient conservative leadership in place to address the challenges and attacks on our way of life that continue to emerge.  Protecting what we have worked so hard to build and further extending those successes is why I am running for re-election.”

Parker resides in Flower Mound with his wife, Beth, and their two daughters, Lauren and Ashley.  Together they attend St. Ann’s Church.  In addition to serving as a state lawmaker, Parker is a successful Texas businessman.  He also serves on several boards of directors and advisory panels, including the University of Dallas, Communities in Schools of North Texas and the Children’s Advocacy Center for Denton County.