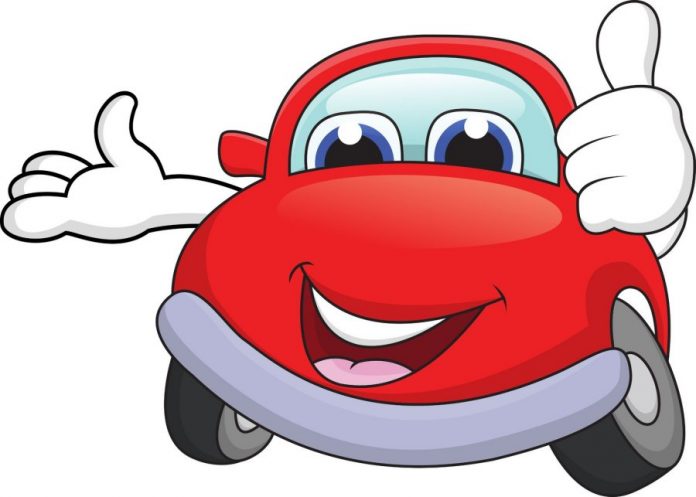 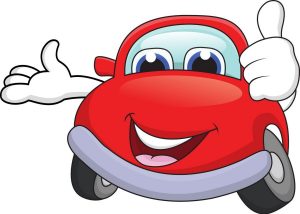 (Well, maybe not brand new but certainly newer than the last one!)

My husband calls the way we buy cars, “old school.”  (And make that an editorial “we.”)

He also refuses to buy a brand new car because he feels he can get a great deal on one that’s “slightly used.” Why not let someone else eat the 20 percent depreciation for the first year? He’s always been that way and not apt to change any time soon. I’m afraid he’s becoming an old fuddy duddy.

New cars, now heavily loaded with all kinds of hi-tech features, well that just drives (pun intended) Ken crazy. He’d much rather be the one to slam on the brakes than leave it up to the car’s discretion. And while he’s somewhat okay with power locks, he’s not okay when doors lock themselves.

He’d rather be enlightened on his own than depend on automatic headlights that go on and off without being signaled to do either. Fear of a dead battery come the light of dawn has manifested itself into a phobia. These are just a few of the modern day “car conveniences” that keep him coming back to the transportation of simpler times.

Since we’ve been married, the only new vehicle I’ve ever had was a 1977 Pontiac Sunbird and it was as cute as a dickens … sky blue and white with adorable little opera windows.

I drove it for less than a year before running into the back of another car and causing major damage. No air bags in those days so I forcefully hit the steering wheel with my face and managed to knock a huge chip out a front tooth.

Since I also connected with the windshield, there was some time spent picking shards of glass from my forehead. Both the car and I looked pretty pitiful after that run in.

After that little stunt all my subsequent autos were “pre-owned.” I don’t think I was being punished, I think Ken was just sticking to his mantra on car buying. I’ve actually had some pretty awesome autos over the years and they all served me well. When they began to misbehave, i.e. “become unreliable,” we’d go shopping for a “new used” one.

Since Ken learned in the early stages of our marriage that it is imperative to please the wife, I have always been the one to choose the car. Besides, should it turn out to be a lemon, guess who’s to blame?

Recently it became necessary to trade in the 2001 van I’d been driving since 2003. It had been very faithful over that time frame, great for carting large items, capable of seating seven people comfortably, and not that much of a gas guzzler – well not as much as you might think.

It was dark blue which set it apart from similar models. However, after driving it for 12 years, I decided the color contributed to how hot it got during the dog days of summer. It seemed to be very hard to cool.

My mind was made up that I’d get a white whatever when the time came. I was convinced this would make a significant difference in the chill factor and patted myself on the back for having such an original idea!  Do you have any idea of how many white cars and SUVs roam the roads of Texas? I didn’t either until I bought one.

Whereas I used to come out of the grocery store or Lowe’s and immediately spot my blue van, now I live in fear of never finding my SUV. Even if I’m careful to park between a red Range Rover and a pewter pickup, the chances of them still cuddling my white Chevy are slim to none by the time I reach the lot.

As my luck would have it, two white SUVs will have filled their spots and be nuzzled close to my car … sometimes there are as many as six in a row. I’ve never been particularly proficient at remembering where I left my car so this plethora of porcelain colored vehicles is daunting.

I know I can always use my little horn button if I get really stumped but that action draws attention and signals defeat. I’m resigned to driving a white car for awhile, especially since that’s the only complaint I have and even that’s not really anything to nitpick about.

Now I’m sure our “used car” viewpoint seems ridiculous to many people … I get that.

No doubt these are all sensual experiences. We just never paid attention to the memo.