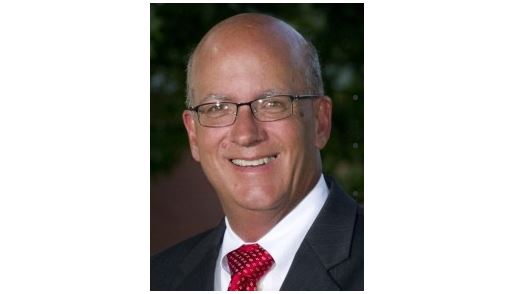 On Thursday, June 25, I was awakened to the news that Nels Pearson had died suddenly from a heart attack.  I was stunned and I shed tears thinking of the loss his wife and family were experiencing.  I recalled his many contributions that helped to make Flower Mound a great community.

Just two weeks ago, I saw the joy he took when he umpired the police and fire department’s softball game as the community came together to “back the badge.”

And I wept with shame knowing that one of the last things our town did to show its appreciation for his years of dedicated, selfless service was to remove him from his seat on the planning and zoning board.

Just a few months ago I called Nels to congratulate him on his appointment to P&Z and I asked him to do three things. First, prepare for each meeting. Second, listen to the presentations by staff, the applicant and the comments of those who speak.  And third, make a recommendation to town council that will best serve the long-term interests of the Town of Flower Mound and its residents.

In his short time on P&Z, Nels did exactly that. He voted “yes” on some things, he voted “no” on others.  He prepared, he listened and he made rational and reasonable recommendations.

During the June 15 town council meeting where Nels was removed, I was angry at the injustice being perpetrated against one of our town’s finest residents. If you watched that meeting, I did not hide my anger – I did not try.  If anyone is expecting to find an apology here, they will be disappointed.

I have no confidence that the council members who voted for Nels’ removal had any idea of his contributions to this community.  I do have confidence that this was a political payback for his support of the compromise achieved on the Highland Court development.

The volunteers who serve our community are not political pawns to be moved around a chess board at will. The town’s boards and commissions are made up of Flower Mound residents who offer their time and energy to provide town council their best recommendations.

Board members should bring different perspectives and opinions to the table. Had I and other members of council not valued differing views, then one current council member would have been removed from his alternate seat months ago. What I think has happened is that collectively we have forgotten that these volunteers are our neighbors. Not political pawns, but neighbors. They are deserving of our respect and appreciation.

In May of 2012 when I was elected to council, the members of council made a decision not to remove any sitting member until September when changes have historically been made and many terms are expiring. The decision was made quietly and not publicized. We believed that this showed respect for the volunteers who had been appointed previously, allowed a continuity of service, and an appropriate transition while also giving time for newly appointed members to receive required training.

This process was shared with the newly elected council members. They were encouraged to follow that process. They made a conscious decision not to do so.

I will long appreciate everything Nels Pearson did for Flower Mound. I will also feel shame for how he was treated by the town he loved. This final act of political arrogance is not what this community should be about.  We are better than that. We appreciate one another, we just need to do a better job of showing it.  I also have faith that when mistakes are made, that we can learn from them, make positive changes and do our best not to repeat them.

In the coming weeks, I will propose a policy for council consideration that clearly outlines what the council expects from a board or commission member and what board and commission members can expect from the town council.

Included in this policy will be the requirement that if a member is removed prior to the end of their term, it will be done by a super-majority of council. This requirement will help to remove politics from member removals and assure that any future removals will be broadly agreed upon by the town council.

To be clear, the proposed policy will not call for any changes to how appointments are made, a simple majority will prevail.  If adopted, I believe this policy will calm some of the political storms in our town and be an ongoing reminder that everyone who sits on a board or commission is a volunteer, giving of their time and energy, doing their part to make Flower Mound the best place in Texas to call home.

Nels, your work here is done. There will be more for you to do as God has called you to his side. Thank you for your service, your humanity and your humility. Thank you for sharing of your time and talents.

We will miss you but we will not forget you. Peace.