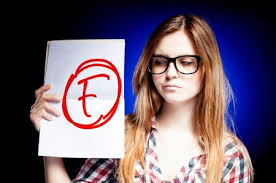 Last week the Texas House passed House Bill 2804which claims to simplify for parents and the community the ratings for our schools and our school districts into an A-F rating system. It is likely to pass the Senate and be signed into law by Gov. Abbott.

HB2804 creates an A-F rating system that is an unfair and inaccurate measure of performance for Texas public schools, including LISD. Page one of the analysis report for H.B. 2804 says, “…H.B. 2804 seeks to limit the use of state standardized tests in the school accountability system and expand the use of other indicators of student success and school performance.” However, this is misleading.

HB2804 establishes an A-F rating system that primarily uses standardized tests scores mixed and remixed into a voodoo formula (see explanation below) that outputs a letter grade for each of our public schools and school districts. What letter grade do you think a high achieving and diverse district like LISD will get?

The analysis report for H.B. 2804 says that in the new A-F system our schools will be “evaluated based on five domains of indicators of achievement.” Schools will get an A-F rating on each domain. Plus they will get an aggregate A-F score, but the domains are not weighted equally for that aggregate score.

Each school will be given an A-F on each domain plus an aggregate score which will be very public and very publicly misunderstood. LISD and all Texas school districts will also get a district-wide A-F based on the aggregate of all their schools’ A-F. If passed, the A-F rating system will become effective September 2015.

The percentages of students who met certain standards for annual improvement on standardized tests included in the first domain.

One term for this is AYP. It stands for adequate yearly progress. There are complex reasons why AYP can a “gotcha”. For example, how can a school show growth in students’ scores when they have already scored very high? How can a commended student score “double whammy commended”? Plus STAAR is known to be a problem for many limited English proficient (LEP) students.

So, our schools will be held fully accountable for STAAR scores with LEP and special education students despite the fact that there is no evidence that STAAR is a meaningful measurement of student learning for anyone much less students who have additional challenges like LEP or special education needs.

“The student academic achievement differentials among students from different racial and ethnic groups and socioeconomic backgrounds.”

So, this means Domain 4 is recycling and bringing forward elements from the old accountability system.

For high schools Domain 4 includes data such as students graduating on time, students taking AP, students achieving distinguished graduation plans and endorsements, students who complete the sequence career and technical courses (so points off for students who change their minds and switch?),

“…the percentage of students who satisfy the Texas Success Initiative (TSI) college readiness benchmarks…” I believe this classifies as using a standardized test.

It also included data about students who join the armed forces, get industry certifications, attendance, and more.
See the bill for the details and the data listed for middle and elementary.

Some of these indicators sound more well-rounded than Domain 1, 2, and 3, but note that they are all crammed together in one domain that is weighted less. Plus, sometimes certain data in this Domain is misleading. For example, TSI is just another standardized college readiness test. And drop-out data includes students who take longer than 4 years to graduate, or who move away but do not withdraw properly (or at all).

Plus, “any additional indicators of student achievement not associated with performance on standardized tests determined appropriate for consideration by the commissioner in consultation with educators, parents, business and industry representatives, and employers.”

So, this means this element of Domain 4 is not yet determined, but that it will be determined by a group comprised 80% by people who are not certified experienced educators and who do not work for the school or the school district nor are they elected. They will likely be caring, concerned community members who our school administrators will need to recruit and guide through this process.

See the bill for details on Domain 4. Domain 4 seems to be a bone thrown to support the claim that this A-F school rating system is not just based on standardized tests.

Domain 5 (Weight for aggregate score is 10%)

“…consists of the three programs or specific categories of performance related to community and student engagement locally selected and evaluated as provided by the bill.”

That is all the analysis report for H.B. 2804 says about this after-thought called Domain 5. You can see the bill for details on Domain 5. It says the same thing but also refers to “as provided by Section 39.0546.”

The text in Section 39.0546 relates to campus choice somehow. It does mention campus improvement plans which are nothing new, but I cannot summarize Domain 5 any further because I cannot say that I understand it. At 10% weight it doesn’t seem like much importance is placed on it, so don’t get excited about the local choice element of it.

HB2804 creates an A-F rating system that is an unfair and inaccurate measure of performance for Texas public schools, including LISD.