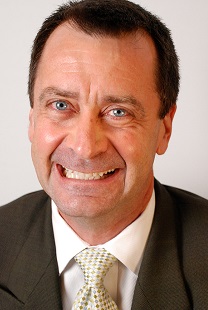 While certainly not something most women look forward to, a pap smear is widely regarded as one of the most successful screening tests in modern medicine. Since its routine application in women’s health began in the United States, the incidence of cervical cancer has decreased dramatically. In fact, cervical cancer in the U.S. has decreased by more than two percent since 2004.

The pap smear itself has had some significant improvements over the last 15 years. For example, samples were obtained with a wooden spatula, placed on a glass slide, fixed with a preservative, then sent to a laboratory for assessment.  This method has some downsides including cells being obscured by blood or mucous, or cells drying out and not visualized properly. With the recent development of a liquid medium, the samples are better preserved, making the test much more precise and accurate.

Another change that has improved cervical cancer detection is our ability to detect the HPV virus in a cost effective manner. We have known for a long time that a virus was causing the cervical cells to replicate abnormally, but only recently began widely testing for the virus. While there are many strains of HPV that have been implicated in causing cervical abnormalities, several have been shown to be more likely to cause cancer. We now can test for the most concerning strains of HPV and also look for abnormal cells, decreasing the likelihood of missing a serious abnormality.

One of the most dramatic changes to cervical screening is the recommendations regarding the frequency of testing. Yearly exams with a pap smear have long been the mainstay in women’s health.

Last summer, the American Cancer Society and American College of Obstetricians and Gynecologists came out with these guidelines:

These recommendations are based on many years of data obtained from millions of women. It has become clear that as the pap smear has become more accurate, frequency of testing can generally be decreased.

Texas Health Presbyterian Hospital Flower Mound is a joint venture owned by Texas Health Resources and physicians dedicated to the community and meets the definition under federal law of a physician owned hospital. Doctors on the medical staff practice independently and are not employees or agents of the hospital.