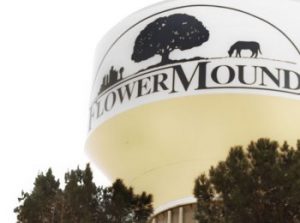 Flower Mound council members approved a $15,000, 90-day professional agreement to investigate the feasibility of an entrepreneurial center in the town.

Jason Adams, chief executive officer of Curious Marketplaces, talked to town officials about the concept of developing an entrepreneurial center to help both existing and proposed businesses.

The professional services agreement with the Town of Flower Mound allows staff and Adams to spend one month reviewing possibly locations as well as existing entrepreneurial centers. The potential for investors will also be a component that will be identified for the feasibility study, Adams said.

April and May would be spent creating a feasibility and implementation plan that would be brought to the town council for review. The biggest cost factor will be the space, he said, adding that location determines who comes in.

“I am a new Flower Mound resident so that is why I’m excited about starting this,” he said, adding that collaborating with schools, organizations and existing business is key.

“I know that there are at least four or five cities looking to develop the same kind of thing,” Adams said, also mentioning the success in Kansas City which has a Kansas City Startup Village for entrepreneurial businesses.

“The ability to grow entrepreneurial companies is a lot easier now,” Adams said. The impact is to strengthen business locally, draw talent and create new ideas, he told the council. “We’re just talking about paving the road for entrepreneurs.”

“What we’re talking about here is opening it up,” Adams said, adding that rather than creating an incubator, the idea is to open the concept to businesses at all levels. By having a place for entrepreneurs to collaborate and meet, it can create density in Flower Mound for creating new opportunities.

An incubator at a proposed development known as Southgate is no longer being considered, said Town Manager Jimmy Stathatos.

Council member Bryan Webb spoke of other neighboring communities such as Lewisville that are considering similar projects, adding the opportunity for working with them would be good to add to the proposal.

Mayor Tom Hayden said he chatted with Highland Village Mayor Charlotte Wilcox about any interest among their council members for possible collaboration.

Council member Mark Wise queried Adams about the turnaround time for entrepreneurial business to be successful. Adams said he knows of one that turned around in 90 days while others take longer.

Mark Wood, director of economic development, told council members to the project would be beneficial to the town’s economy.