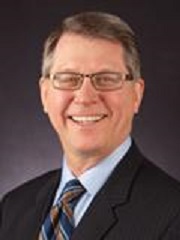 February is all about matters of the heart. And while flowers and candy may come to mind in honor of Valentine’s Day, I’m referring to it being National Heart Month, highlighted annually by the American Heart Association and other organizations to raise awareness about cardiovascular disease (CVD).

As a cardiologist for nearly 25 years, it is exciting to look back at the progress that has been made during the 21st century in cardiovascular medicine- progress that has significantly reduced the number of deaths attributed to heart disease. However, I want to point out that  CVD is still the number one killer of women in the United States and we must continue to be vigilant in its prevention and cure.

Cardiology began as a specialty of internal medicine in the 1930s, the predominant difficulty being valvular heart disease related to rheumatic fever.  Treatment options were few, medications ineffective, and repair only a dream.

The 1960s saw the advent of surgical techniques that allowed the repair of previously irreparable maladies of the heart’s structures, ushering in the era of corrective therapy for many heart problems. None has been more far reaching than the invention of coronary artery bypass surgery and, subsequently, coronary artery angioplasty. We’ve also seen a significant advance in diagnostic capabilities.

The highly skilled, Cardiologists Radiologists and Technologists at Texas Health Presbyterian Hospital Flower Mound utilize a wide range of invasive and noninvasive technology to enable accurate detection and diagnoses of cardiac diseases including cardiac heart catheterization and Transesophangeal Echocardiology and non-invasive techniques such as Echo studies and Myocardio perfusion stress tests.  These diagnostic capabilities coupled with improved medication treatments have allowed us to better control the previously uncontrollable symptoms of heart disease.

Yet these achievements pale in comparison to that which is to come. The 21st century has seen the dawn of a new era, the effective prevention of cardiovascular disease, a paradigm shift with the potential to reshape the entire medical landscape. The simple facts we have known for decades –be active, avoid obesity, eat a healthy diet and avoid tobacco use – when coupled with current therapies for hypertension and lipid disorders, can lead to success. A recent study published in the Journal of the American College of Cardiology pointed out that these healthy lifestyle habits and simple preventative therapies, if implemented widely,  would result in as much as a 79% reduction in heart attack and blood vessel disease.

The steps are simple yet the implications are huge.

This February, show yourself and your family your love – take steps toward becoming heart healthy.

Join Texas Health Presbyterian Hospital Flower Mound in its effort to raise awareness of the importance of preventative health.  Attend the hospital’s Women’s Health Fair on February 21st where you can learn more about important topics like physical activity, weight loss, nutrition and other lifestyle habits that can have a positive impact on your health.

David May, M.D., PhD is founder and managing partner of Cardiovascular Specialists PA. Texas Health Presbyterian Hospital Flower Mound is a joint venture owned by Texas Health Resources and physicians dedicated to the community and meets the definition under federal law of a physician owned hospital.  Doctors on the medical staff practice independently and are not employees or agents of the hospital.