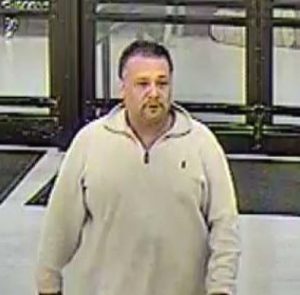 Flower Mound police are seeking the public’s help in identifying a man believed responsible for a string of burglaries in Flower Mound as well as Colleyville, Highland Village, Plano and Southlake.

A male suspect has been targeting vehicles parked around fitness centers, police noted in a news release.

Police indicate they believe the suspect is watching for female customers to park their car. If they go into the gym without a purse, the car becomes a likely target, police said.

According to police records, the individual appears to target fitness center parking lots in the early afternoons on weekdays but has also struck early in the morning as well as on weekends.

A car window is usually broken as the suspect looks for purses or other valuables. If credit cards are found, the suspect uses them immediately afterward before the credit card accounts are closed.

Since September, the same suspect is believed to have committed burglaries in Flower Mound, Highland Village, Southlake, Plano and Colleyville, police said.

A partial list of the burglaries believed committed by the same suspect are:

A photograph was taken from security video at retail outlets immediately after two burglaries.

If anyone recognizes the man in the photograph, they are asked to coll the Flower Mound Police Department’s tip line at 972-874-3307. Callers may remain anonymous.