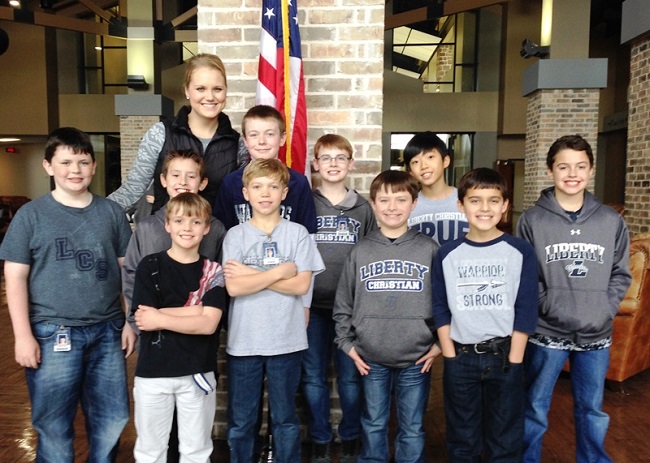 More than half of a team of Liberty Christian Lower School students in 3rd–5th grades who competed in the Association of Christian Schools International (ACSI) Math Olympics on at Liberty qualified for the area competition on Feb. 27 at St Paul’s Preparatory Academy in Arlington, Texas.

“We are so proud of how hard our students worked to excel in Math Olympics,” said Jamie Mahowald, fourth grade teacher.

“These students studied and practiced to be ready for the challenge.”

Earlier in the year, students who wanted to volunteer and participate in Math Olympics were tested in math skills, as only 18 students from each of the 23 schools that were represented at this competition could enter.

Students who participated in Math Olympics competed in either math computation or math reasoning.

Math reasoning involved more than one operation or concept and required a high level of reasoning to solve, such as decoding complex instructions and applying problem solving skills.

To prepare for the competition, students were given study materials to work on from home. On competition day, they were given three tests in the area in which they competed and had 11 minutes to complete each test.

“We are proud to be able to take 10 students and represent Liberty Christian at the next level,” Mrs. Mahowald said. “Our students are representing Liberty well, but most importantly, they are also representing Christ well in their attitude, intellect and behavior.”

Vivian Nichols is part of the public relations team for Liberty Christian School.