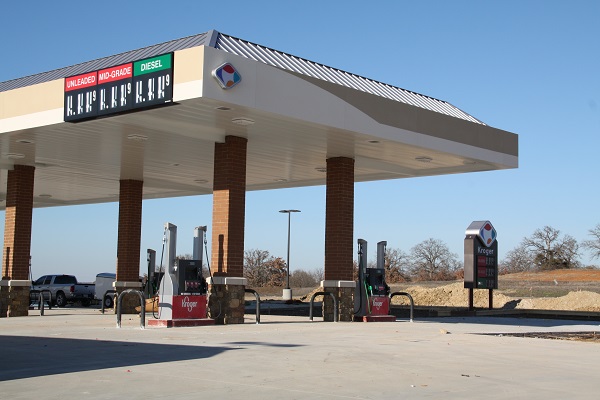 During a recent joint meeting of Fresh Water Supply Districts No. 6 and No. 7, board members discussed applying for funds from Denton County Development District No. 4 to install six pieces of equipment along the Lantana 5K route to create outdoor fitness stations.

Todd Beggs, District No. 7 board member, said the cost would be about $10,000 to order and ship the equipment. By adding installation costs and advertising funds for promoting the Lantana 5K, the total being sought would come to $15,000 with a $500 maintenance fee for the equipment, officials said.

Beggs told fellow board members that applying to District No. 4, which collects sales taxes in Lantana, would be a good way to keep some funds within the area for an event that attracts a number of people from outside the development.

District No. 4 receives a half-cent of Lantana’s 6.75 percent sales tax and is charged with allocating tax dollars in an effort to drive tourism to Lantana.

“It would behoove us to not sit on our laurels and ask for it,” said Andrew Kloser, vice president with District No. 7.

Max Miller, vice president of District No. 6, said it made sense for sales tax funds from Lantana to go back into Lantana events. He also suggested staff look at the possibility of utilizing the funds to help cover costs for a substation for the Denton County Sheriff’s Office.

Board members from District No. 4 agreed to table the issue during a separate meeting until a format could be developed for reviewing requests for the monies collected via sales tax. Jerry Goodale, board president, said he wanted a system in place before considering approval of any funds for projects whether inside or out of Lantana.

In other business, Miller showed photos of sign poles in Lantana with chipped and faded paint, suggesting officials should consider options for fixing them up since residents are required by the HOA to maintain mailboxes. “We’re 13 years old,” he said, referring to the development. “And we’ve never talked about this.”

Lantana General Manager Kevin Mercer estimated one sign pole exists for every six-tenths of an acre, resulting in about 1,080 poles. At a cost of $1,500 to $2,000 per powder-coated pole, the cost to replace the poles could be upwards of $1.6 million to $2.1 million.

Miller and fellow board members discussed checking neighborhoods to see how many sign poles were in disrepair and to consider repainting the poles versus replacing them.

“The key is to look at some of the worst ones,” he said. “Do a test run and try the least expensive method. It would probably cost $100.”

Robichaux agreed with the plan, “Let’s take 10 of the worst ones, paint them and try a test run,” she said.

Board members reviewed landscaping plans along FM 407 from FM 1830 to Lantana Trail. The Texas Department of Transportation will install trees and shrubs on each side of the road and in the median at no charge thanks to a federal grant but the municipalities will be responsible for landscape maintenance.

Board members agreed to allow staff to pursue an interlocal agreement between neighboring entities such as Bartonville and Lantana Town Center developer NewQuest Properties to figure out which entities would be responsible for irrigation and maintenance.

Mercer said the plans showed native plants would likely be used, requiring less water. Controller Richard Harned would configure watering and maintenance costs and return to the board with estimates.

Dec. 23 – Fraudulent Use or Possession of Identifying Information – 8500 block of Thorne Dr. (Sonora) – Unknown offender(s) used personal information to open an account with a phone company.