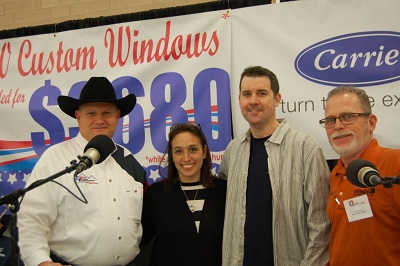 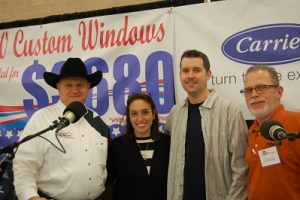 Advent Air Conditioning of Lewisville is one of several companies donating services to help a Dallas firefighter and his family after he suffered injuries last May.

Jeff Paterson was trapped while fighting a fire at a southeast Dallas home on May 5 and was pulled out by his fellow firefighters. He suffered serious inuries including third-degree burns across almost half of his body. During skin grafts, he developed a fungus, suffered lung damage, underwent dialysis and battled pneumonia twice — spending nearly five months in the hospital and undergoing 12 surgeries.

His wife, Tina, who stayed constantly by his side, learned she had colon cancer that required immediate treatment. Her husband is now home while she undergoes her next round of treatments.

Dan Leising, Advent’s vice president of construction/sales manager, met with the couple. After finding out their HVAC equipment was 20 years old, Advent Air officials offered to replace the entire system – a system that would cost an estimated $20,000. Carrier donated a complete Infinity 2-stage HVAC system, according to a news rlease. Other companies – as part of “Overhaul for a Hero” – donated new windows, foundation repair, bathroom renovation and addition, foam insulation for the walls, pest control, garage door repair and more. The donated materials and labor are estimated to be in excess of $125,000 and will take about three weeks to finish.

“The Advent team is proud to assist great people, and true heroes, like Jeff and Tina Paterson,” said Leising. “They touched our hearts from the moment we met, and their story inspired us to give back in gratitude for all they’ve given to our community.”

Advent Air, with its headquarters at 500 S. Kealy St. in Lewisville, has been a Top Trane dealer for 17 consecutive years and was named 2014 Residential Contractor of the Year by Contracting Business magazine.