In response to several grass fires sparked by fireworks that threatened homes on New Year’s Eve, the Lantana Community Association has officially banned the use of fireworks in the community.

The homeowner’s association board recently approved a new amendment to the covenants that prohibits all fireworks in Lantana and sent notification letters to the community’s 2,497 homeowners on Feb. 28.

“We are going to do everything we can do from an HOA standpoint to keep our residents safe,” said Mark Wagner, a LCA board member and president of Republic Property Group, Lantana’s developer.

The amendment (posted below) states that anyone caught discharging fireworks in Lantana may be hit with a fine and lose their privileges to access the community’s amenity centers, swimming pools and exercise facilities.

Wagner said enforcement of the new rule will be handled by an education campaign with letters to residents, signage in the neighborhood and off-duty sheriff’s deputies patrolling the community on July 4th and New Year’s Eve that will report offenders to the HOA.

Previously, fireworks were allowed in Lantana on private property since the community sits in unincorporated Denton County.

“I applaud the HOA for jumping in and taking on this issue, and I hope the new rule deters irresponsible and dangerous behavior,” said Bill Featherstone, Lantana Crime Watch Coordinator.

“The big picture that our lawmakers in Austin need to see is that the public safety of residents living in fresh water supply districts has to be addressed, and the prohibition of fireworks is a piece of that puzzle.”

Lantana’s two fresh water supply district boards are expected to approve a resolution at their monthly meetings this week supporting the new rule and agree to work closely with the HOA and other FWSD’s across Texas to lobby state legislators to ban fireworks in densely populated unincorporated areas. 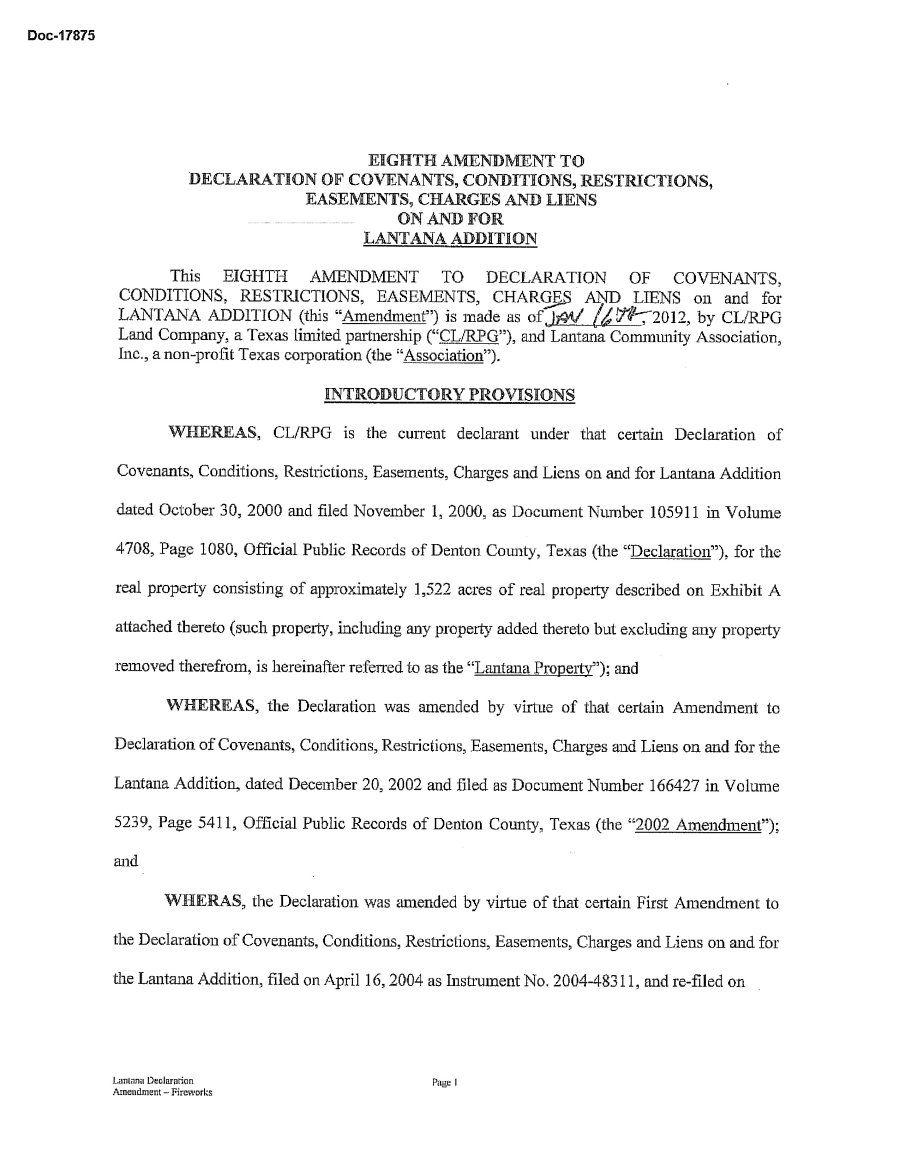 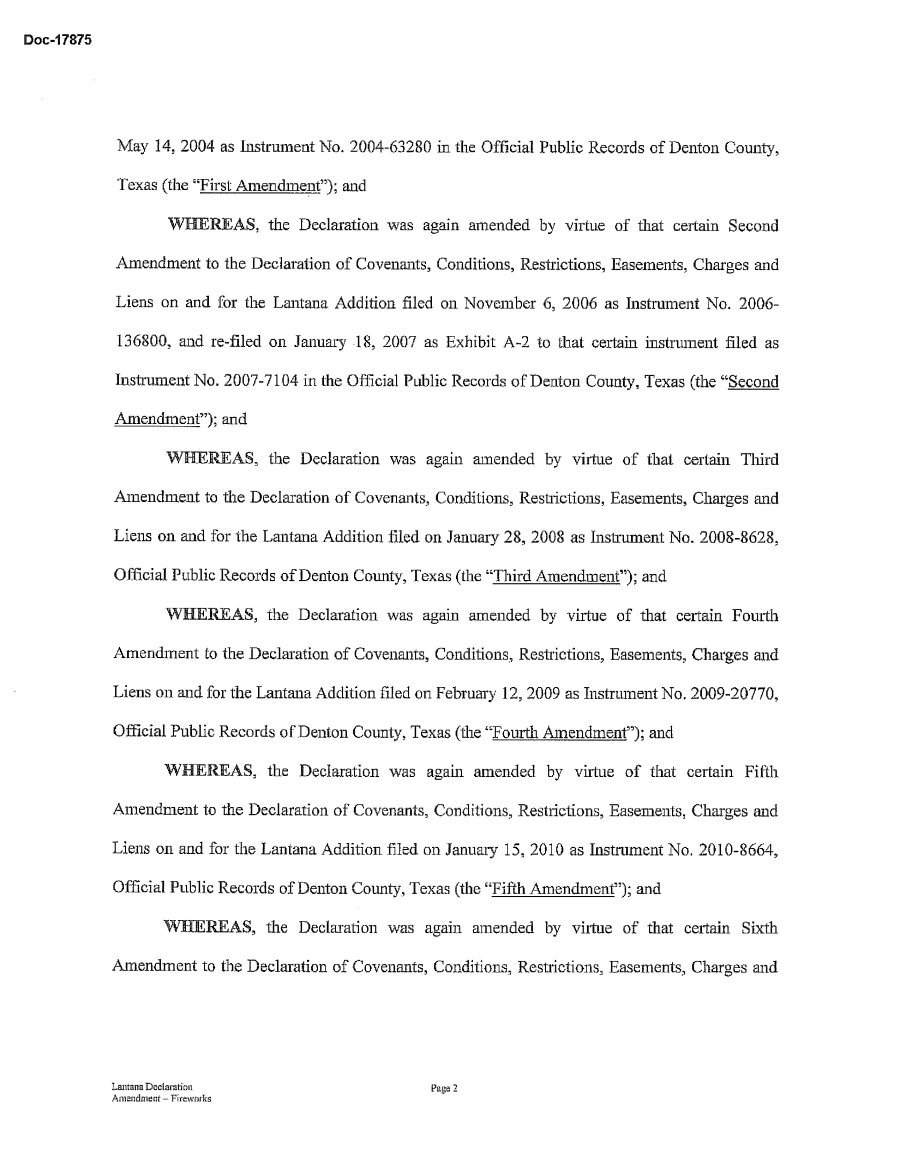 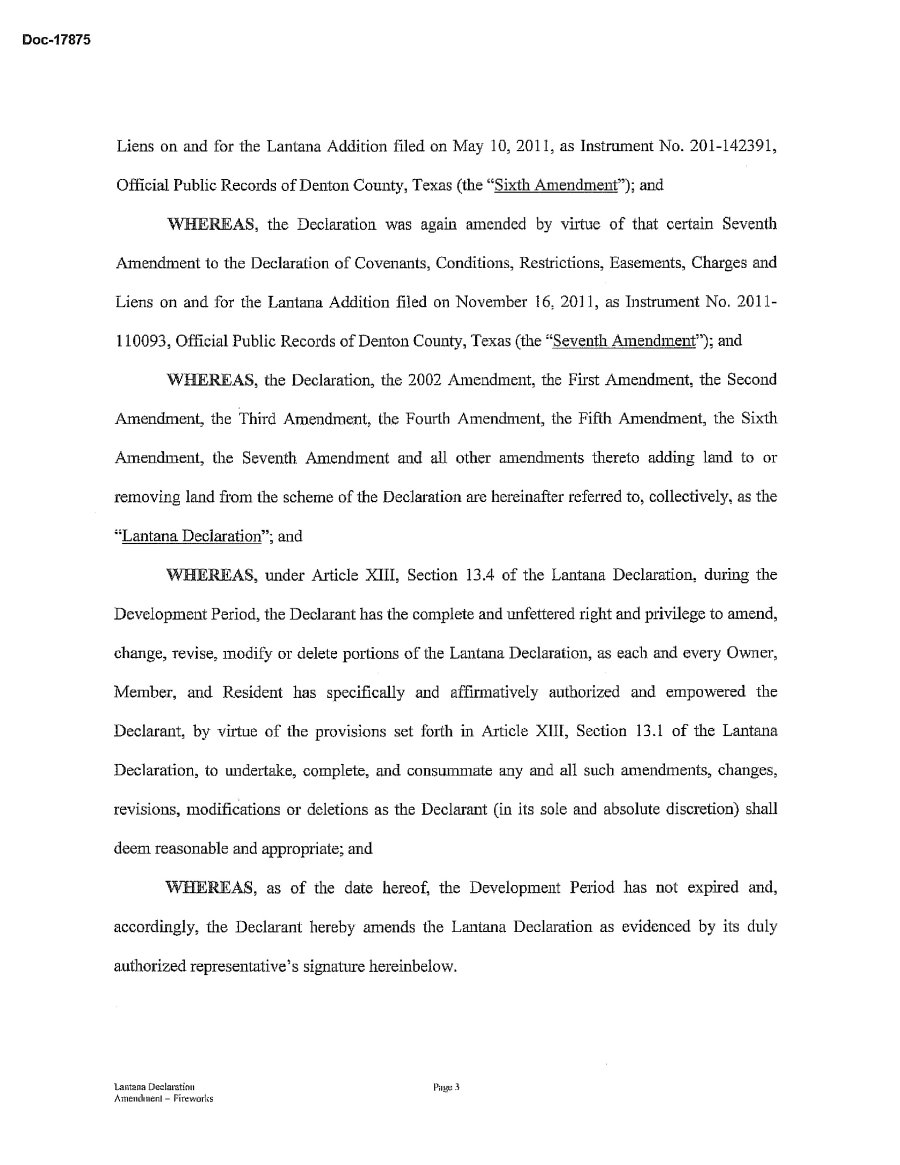 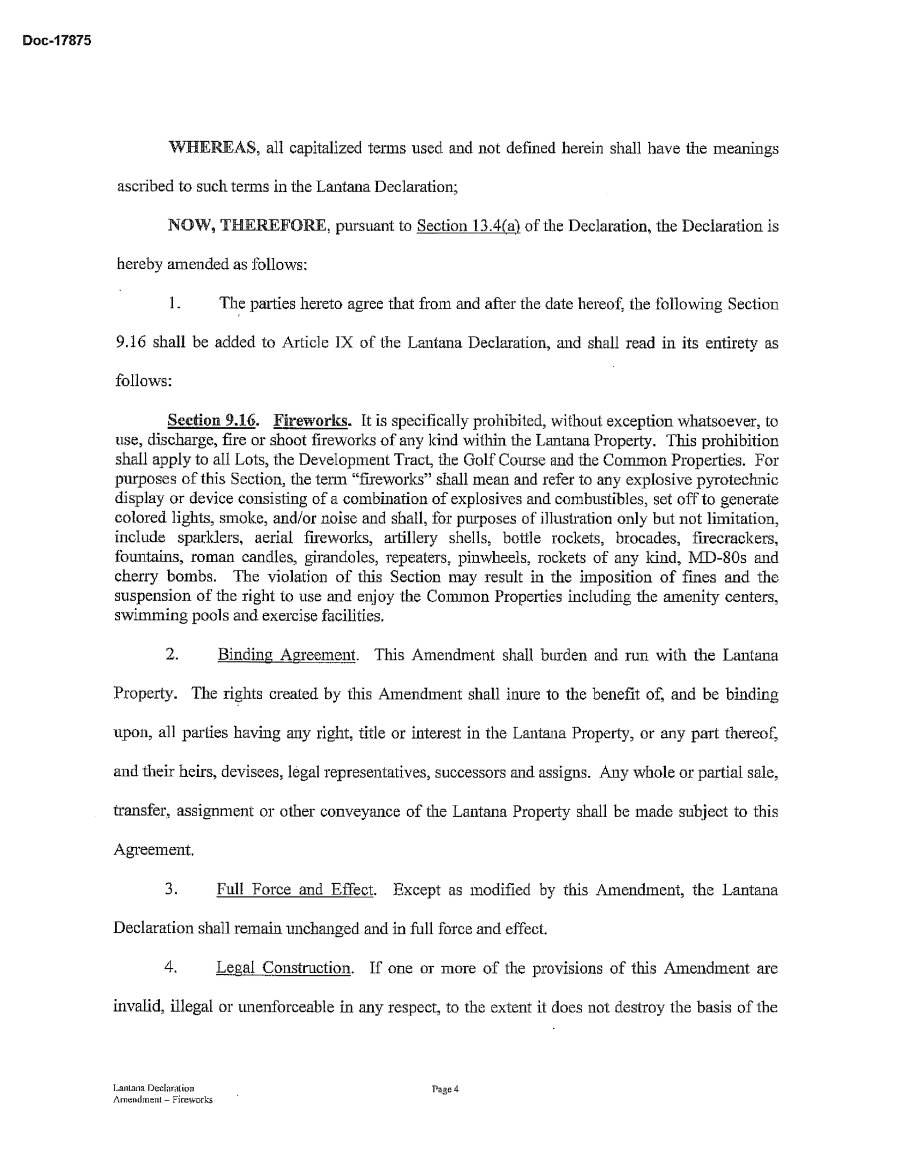 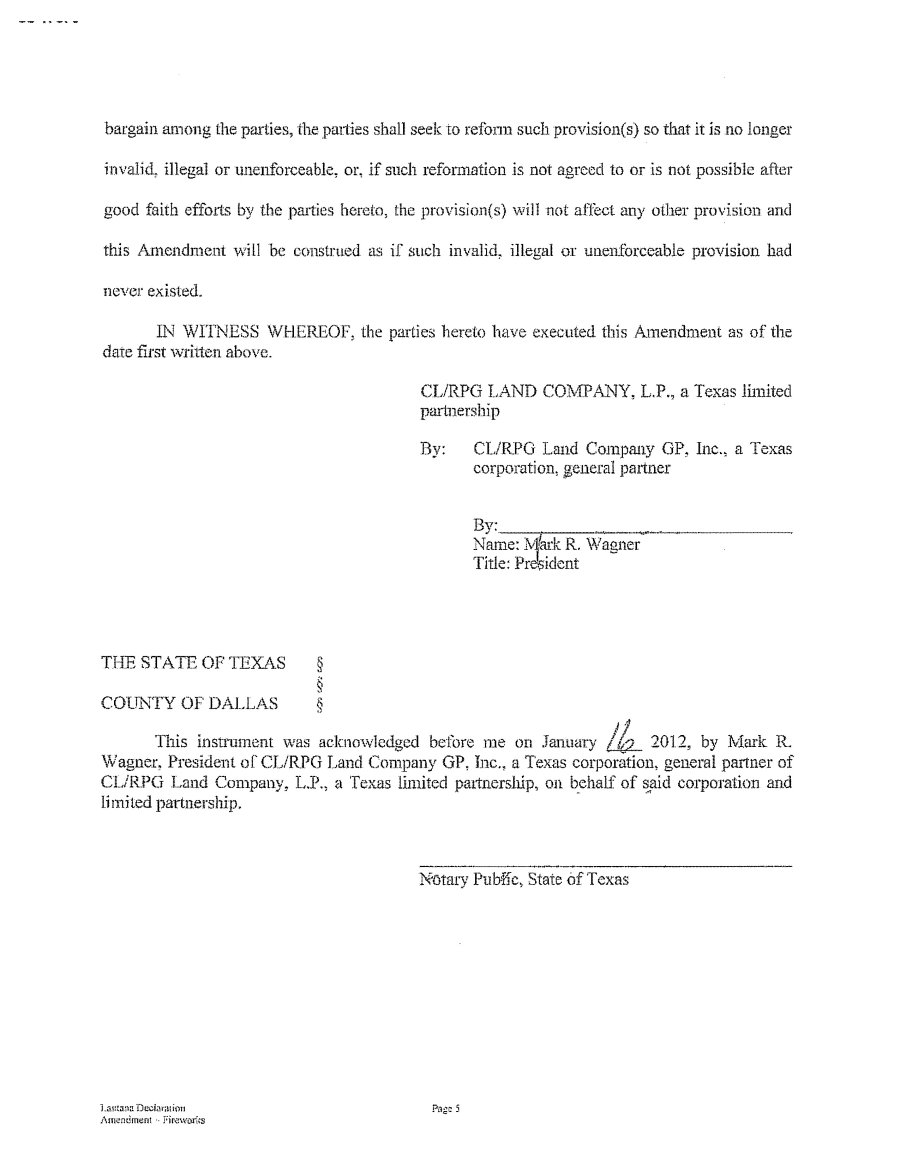