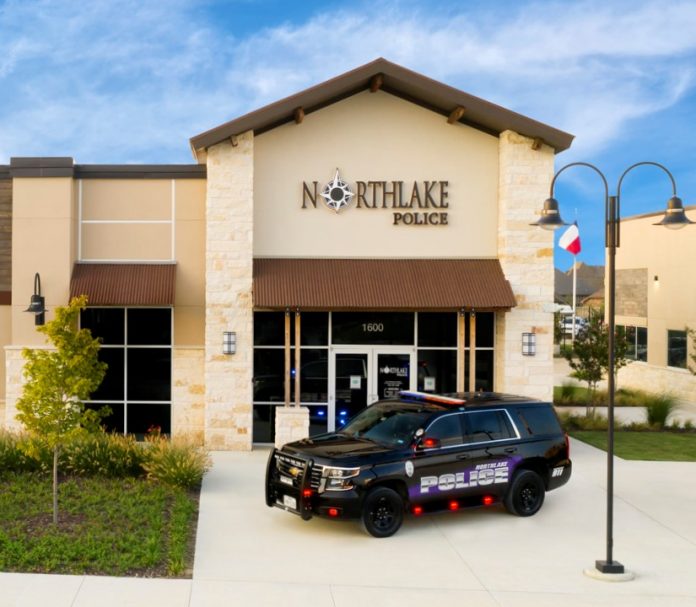 The Northlake Police Department made 16 arrests from August 21 through September 20, and answered 368 calls for service, took 43 reports and worked 9 accidents.

August 21 – An Officer was dispatched to the 4200 blk of Dale Earnhardt Way regarding a Theft of an iPhone. The phone was discovered being tracked on a FedEx truck and made its way to another city in the DFW area. The complainant notified FedEx and the phone was returned.

August 25 – An Officer observed a vehicle run a stop sign in the 8000 blk of Sam Lee Lane. The driver was stopped, and the officer detected an odor of marijuana. The driver also confirmed he was carrying a weapon in the vehicle. After a brief encounter, the officer performed a probable cause search and discovered a baggie of marijuana sitting on top of the handgun in the center console.

August 25 – Officers responded to a Theft of a Ring doorbell in the 600 blk of Pecan Parkway. Little did the perpetrator know that once you ring the Ring, it will begin recording. After a very clear image of the subject was posted on Ring and other sites, an acquaintance of the dapper doorbell bandit reached out to police with the subject’s name and information. Although he is still not answering phone calls from the police, a warrant was issued for his arrest.

August 28 – An Officer was dispatched to a reckless driver on I-35W at approximately 3 a.m. The officer observed the vehicle swerving several times on the roadway. The vehicle failed to stop once the officer activated the police emergency lights. The vehicle came to a stop approximately 4 miles later. The driver was interviewed and arrested for Possession of a Controlled Substance as well as other charges.

September 5 – An Officer, while patrolling the business parking lot in the 18000 blk of I-35W, checked a license plate that returned as stolen to a Chrysler passenger car out of Austin. The Officer observed an occupant in the vehicle. The subject was subsequently arrested for Unauthorized Use of a Motor Vehicle and Possession of a Controlled Substance.

September 7 – An Officer performed a license plate check on a vehicle in the 18000 blk of I-35W. The vehicle returns showed the vehicle stolen out of Mesquite. Officers then performed a traffic stop with assistance from a neighboring agency. The driver was subsequently arrested for Unauthorize Use of a Motor Vehicle.

September 7 – At approximately 8 p.m., an Officer observed an abandoned vehicle in the 17000 blk of I-35W. Upon checking the vehicle, it was discovered the vehicle had been reported stolen out of Westworth Village. The agency was notified, and the vehicle was towed for safekeeping until the owner could be notified.

September 8 – An Officer responded to the 2000 blk of Cowbird Way regarding a Burglary of a Motor Vehicle (UNLOCKED).  A laptop and earbuds were taken.

September 19 – An Officer took a report of an Assault that occurred in the 1900 blk of Farmer Brothers Way. An employee reported an assault occurred while the employee was at work.

September 19 – Officers were dispatched to the 380 blk of Dale Earnhardt Way regarding a suspicious vehicle. Upon arrival, Officers discovered a vehicle that had been stripped of tires and interior parts. Officers tried to contact the owner out of Grapevine, but were unable to make contact. The vehicle was towed for safekeeping until the owner could be notified.