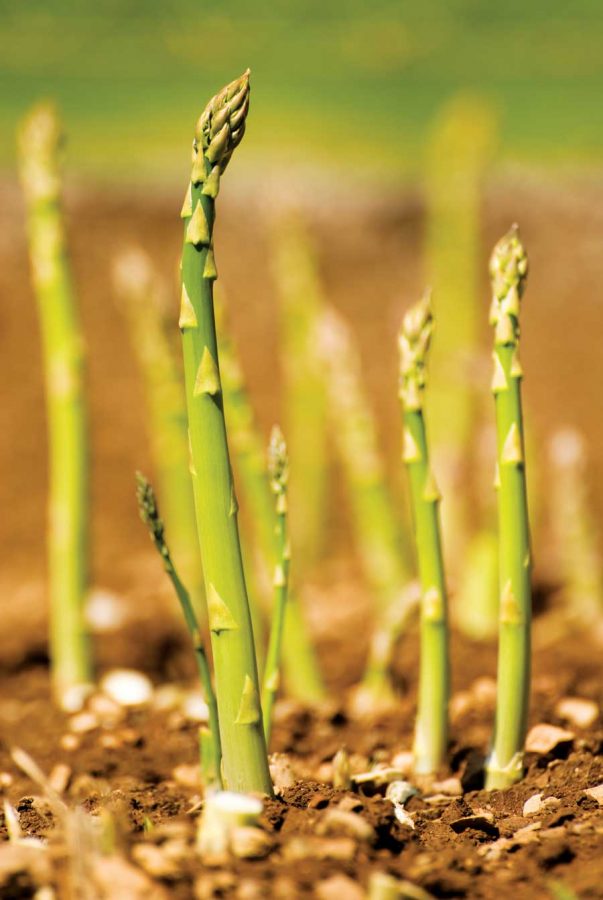 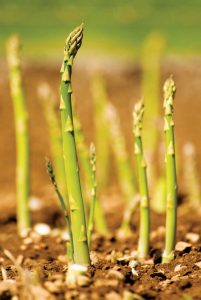 Of the 300 known varieties of asparagus, asparagus officinalis– those little green spears we all know and love– flourish in temperate to subtropical gardens worldwide down to the south edge of USDA Hardiness Zone 7, which meanders through North Texas, and includes Denton County.

Local green thumbs plant asparagus roots– which are perennials– in February and March, but don’t rule out starting that bed soon, if you can get your hands on some healthy starts.

Bed preparation is important. Let me repeat that: bed prep is important. Asparagus likes plenty of compost in slightly alkaline soil. That’s pH fractionally above 7 in a soil test.

Here’s the definition of “plenty” of compost. Unless you start out with perfect soil, plan to work in a 40- pound bag– or a garden wagonload of compost– for EACH square foot to be cultivated. That sounds like a lot, but if you care for the soil and the worms, they will care for your asparagus, which can produce for an average of 20 years in the same spot.

Mature underground crowns can reach 24-inches wide and uncut spears can shoot up to six-feet tall, so plan ahead for plenty of space. If rain is scarce, use the hose to give them a drink now and then until spring. Don’t expect much above-ground action during the winter, but have faith. The roots are spreading out and the stems will peek out from under the mulch blanket in spring sunshine.

The asparagus caveat is that gardeners don’t harvest spears the first two years after planting. The initial spears put out fluffy green foliage that captures light to make food for the multiplying root cells. The objective is to grow extensive root systems.

Grandma’s harvest rule of thumb is to CAREFULLY cut spears when they reach 8-inches tall and are no thinner than a pencil. Careless cutting damages adjacent spears, which flop over and go tough.

A new plot, i.e. in its third year, produces for a couple of weeks, but older plots can provide edible spears for up to three months. What a bonanza! After harvest time, let the plants grow until frost kills them, then cut or mow the plot to the ground and let the roots rest. Tend to the soil again without digging things up.

Growers suggest 25 plants to feed a family of four, but if your crew can’t get enough, think about expanding to 10 plants per person.