As foretold on the Flower Mound Town Council’s meeting agenda for Monday night, the most impactful item– a Tax Increment Reinvestment Zone (TIRZ)– for Lakeside Village was postponed for a minimum of 60 days.

Mayor Steve Dixon said that both the Town Staff and the developers, Realty Capital, requested the postponement. The decision was in response to a letter requesting a postponement by Dixon.

On April 15, the Flower Mound Town Council voted to request a delay before making a commitment with a Letter of Intent to build a Fine Arts/Cultural Arts Center in the Lakeside Village development.

As part of Realty Capital’s Development Agreement with the town, a deadline of April 17 was set as the deadline for a Letter of Intent from the town regarding the creation of the TIRZ District; the town was unable to comply.

The town had requested the deadline be extended to Jan. 7, 2020, with an Aug. 5, 2019 date to allow the town to hire a consultant to provide the developer and other interested users in Lakeside Village assurances of continued interest, plus that consultant’s response to Town Council by Dec. 2, 2019. 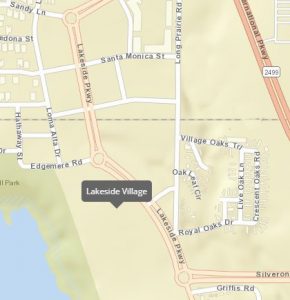 Roy added that, over its 20-year life span, the town is expected to receive $90 million from the Lakeside Village TIRZ. She also assured the council that the original $20,000 feasibility study contract and the $50,000 contract for Hawes Hill & Associates, with George Schrader, to conduct implementation activities for creation of a TIRZ will be totally reimbursed to the town when the TIRZ is activated.

Council member Jim Engel suggested that a postponement would allow public input, “In our resident survey in June, let’s ask our residents’ interest in a Fine Arts Center and the location of it.”

During Monday night’s meeting, Engel said: “We have two lame duck council members, and it’s their last meeting as council members. We unanimously decided during the prior meeting that we shouldn’t put a large project through during the election or post-election. It just has bad optics to it.”

Jim Pierson and Ben Bumgarner were elected to Places 1 and 3, respectively, on May 4. Both have publicly stated they don’t support the TIRZ for Lakeside Village.

The council members-elect have opposed investing the town’s money into the TIRZ, despite town officials saying the money generated from the project would more than pay it back.

“Let the free market play out,” Bumgarner said Monday. “Why give them $25 million to help them? I don’t see it as benefiting the town.”

Realty Capital officials plan to meet with Baumgarner and Pierson in the near future.