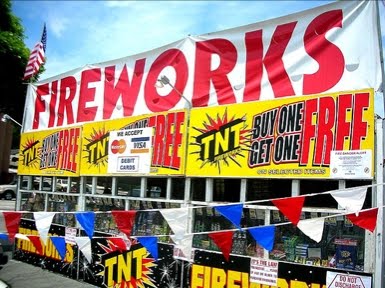 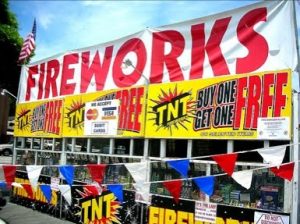 Most southern Denton County residents will not be allowed to use or possess fireworks at their homes on Independence Day.

Shooting off fireworks where it is prohibited could land you with a fine up to $2,000, said Brandon Barth, spokesman for the Flower Mound Fire Department.

“There are usually quite a few reports of fireworks the night of the Fourth of July (in Flower Mound),” Barth said. “To an extent, some people don’t know they’re illegal. The rest of them are going to do it anyway. It can be confusing, though, because you buy them in the county.”

Barth said the only fireworks allowed in the city limit are the little poppers you throw on the ground, “but that’s pretty much the extent of it.”

“If you can light it, and there’s a fuse involved, it’s banned,” Barth said.

Barth said fire marshal officials will be patrolling for fireworks complaints and violations to try to curb fires, injuries and property damage.

Last week, a majority of the Northlake Town Council voted to allow the limited discharge of fireworks on Independence Day and New Years Eve from 6 p.m. to midnight on the holidays, according to a town news release. In Northlake, the discharge of fireworks is restricted to private property where an adult property owner must be supervising. Fireworks are not allowed on town streets or right-of-way. Only consumer grade fireworks are allowed. Projectile fireworks such as “skyrockets with sticks” and “missiles with fins” are not allowed. If the Denton County Fire Marshal issues a burn ban before Wednesday, no fireworks will be allowed in Northlake. 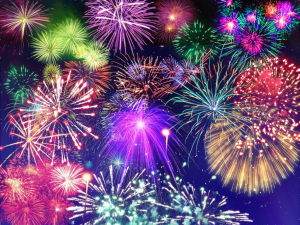 Fireworks are also allowed in other unincorporated areas of the county and in Bartonville, if they are discharged on private property away from buildings and people, and as long as the fire marshal has declared it is a Burn Day. To determine if it is a Burn Day, visit the Denton County Emergency Services website or contact them at 940-349-2840.

As of Monday, the last few days have not been Burn Days. Whether or not Wednesday is deemed a Burn Day, “conditions are ripe for fires” and people are encouraged to be extremely careful to not start any fires with fireworks, according to Argyle Police Sgt. Daniel Rounsavall.

In a police news release, Rounsavall also wanted to remind residents in and near Argyle of the many livestock animals in Argyle.

“We would also ask that you keep in mind the sensitivity that animals have to the explosive sounds that accompany fireworks,” Rounsavall said.

If you shoot fireworks, you are responsible for any damage they cause to someone else’s property, according to local authorities. You can report fireworks violations to your local police or sheriff’s office.

There will be two big Independence Day celebrations in southern Denton County, and lots more in the Dallas-Fort Worth area, for you to get your fireworks fix. Down the road in Roanoke, the city is putting on its annual 3rd of July Celebration, a large event that will end with a fireworks show. Flower Mound’s Independence Fest 2018 will feature a professional fireworks show about 9:50 p.m. on Wednesday at Bakersfield Park.