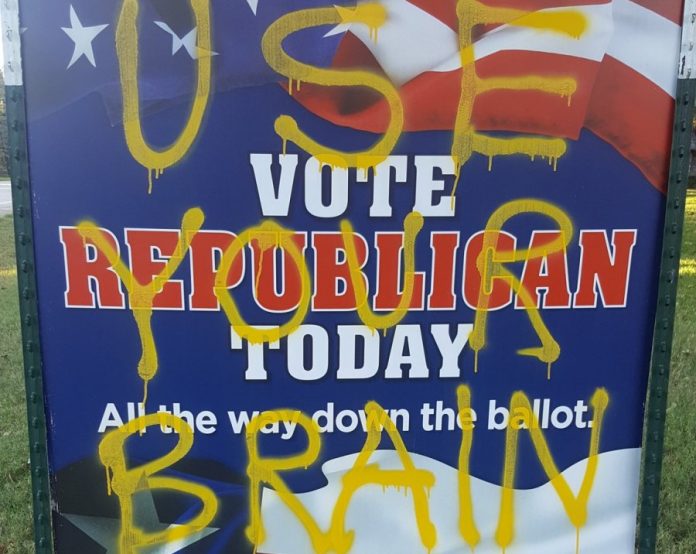 As the first week of record-breaking early voting in the 2016 general election drew to a close, Denton County Republican Party Chairman Lisa Hendrickson issued a statement regarding Republican sign stealing and sign defacement:

“I have been hearing reports of sign stealing and sign defacement from Republicans across the County. First I heard of signs being repeatedly stolen from locations and now I am being sent evidence of sign defacement.

This is being done by those who claim to believe in tolerance. I denounce this intolerant and wrong behavior. We live in a country that allows all our voices to be heard and gives us the freedom to speak out for what we believe.  Along with this comes the responsibility to respect each other’s views even if we disagree.

In the days remaining before this very important election, I would call on ALL of Denton County to understand how critical it is for you to vote in this election for the Republican nominee, because based on past behaviors of Mrs. Clinton, if she is elected I believe this intolerance by the left will not only be condoned but encouraged.”