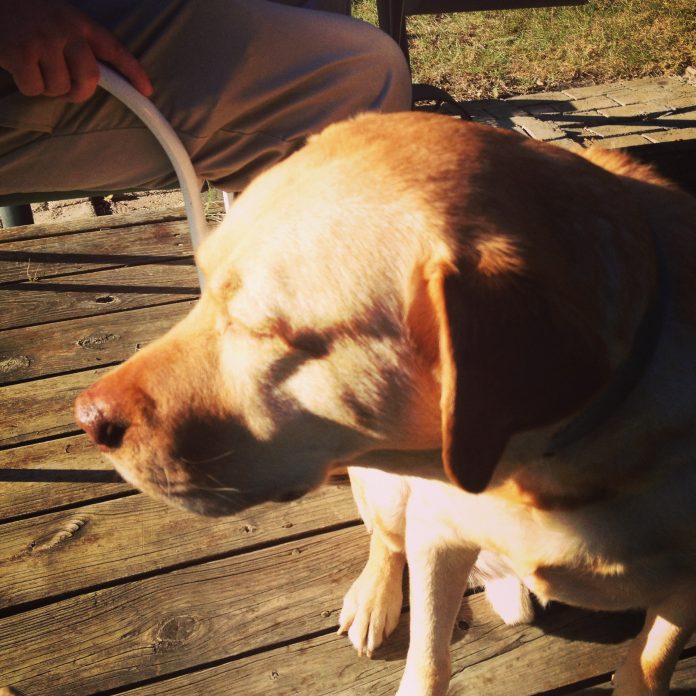 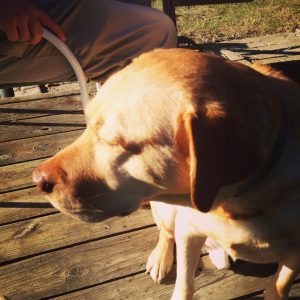 They sleep in our beds, kiss our faces, travel in our cars and keep us company, but they’re not technically allowed to dine with us if we patronize a Flower Mound restaurant.

Not that anyone’s asking for dogs to be loping through kitchens or galloping — in that special way they do — between tables and booths, tails whacking burgers and fries from their places. But there are some in town who think it should be OK to take their trotters along with them to restaurants with outdoor patios.

In fact, Pamela Tuckey wrote an open letter to Mayor Tom Hayden, suggesting the town change its code banning dogs in such places. The letter, which has now become a petition, has been signed by 302 people so far.

“Flower Mound is a progressive, growing community in many ways, but is behind other towns and cities who already welcome dogs on patios,” Tuckey wrote.

The Texas Department of State Health Services does prohibit people from taking animals to places where food is served. Exceptions include dogs with people with disabilities, patrol dogs who are allowed to bring their service animal to restaurants.

“But dogs as pets are excluded even on outdoor patios, although the perceived health and allergy concerns are the same for a service dog or a pet,” Tuckey wrote. “A dog is a dog. Service dogs should be allowed everywhere their human companions go and dogs as pets should be allowed to accompany their human companions to participating restaurant patios.”

Many cities allow dogs on patios, and some places even have specific restaurants that advertise as “dog-friendly.” By that, I mean they serve the dog his food in an oversized dog bowl on the patio.

“Dogs are important life companions, catalysts for social interactions and members of the family,” Tuckey said. “They are ice breakers and conversation starters that bring people together. Two couples sitting side by side may never strike up a conversation, but if one or both have dogs – they will.”

So, maybe dogs could be considered community organizers? Neighborhood Watch captains? We all know what happens when a dog fears his master may be in danger. Look out, unidentified intruder.

But well-behaved, healthy dogs pose no threat of danger or heath risk to people dining on an outdoor patio. Yes, there are those allergic to dog dander, but that doesn’t prohibit a service dog from making a cameo.

In fact, according to dogfriendly.com Flower Mound’s Z Pizza, which is now permanently closed, did allow “leashed, well-mannered dogs” at their outside tables.

Meanwhile, while you may not be able to pack your pooch off to a Flower Mound restaurant right now, there are areas in Southern Denton County and the Metroplex that are a bit more lenient for the leashed pals.

Here are a few ways to find out where you can eat with your dog: