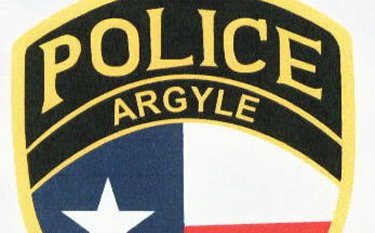 An employee with a restaurant in the 100 block of Country Club Road called police after noting a back door handle broken off and all of the money missing. An alarm did not go off though the employee closing the restaurant indicated it had been set. The alarm was not set the next morning, employees told police.

A loose dog caused a big of a kerfuffle when it ran onto north Hwy 377. The owners were chasing the dog and the officer assisted. Twenty minutes later, they caught up with the canine runaway on Hickory Hill.

A resident in the 400 block of Santa Fe Trail reported a noise complaint, telling dispatch that music was playing very loudly and requesting an officer to respond. Upon the officer’s arrival, the music had stopped. It was the second time the homeowner had called about the loud music that was originating from a Young Life meeting on Hickory Hill Road. The officer advised those attending the meeting to keep the music down for the next few weeks. Another noise complaint was called in several days later, prompting police to tell the person in charge of the Young Life meeting to turn the music down.

An open door was noted at an apparel shop on Cypress Street. An officer quickly responded to the call to make entry and then cleared from the call a short time later.

Smoke was visible at a veterinarian hospital in Argyle, prompting calls for police and fire. A significant amount of smoke was coming through the ventilation system. Three people were inside the building. Several firefighters from area departments were called but indicated nothing was showing upon their arrival. Assistance from Flower Mound and Double Oak fire departments was then cancelled.

In response to a possible ordinance violation on Boonesville Bend, an officer arrived after trying to get hold of the owner, who did not answer the phone. Employees working at the scene stopped working on the home construction before the officer left the scene, according to the report.

Argyle police responded to a 911 help alert at Argyle High School off Hwy 377. Upon their arrival, they learned that an unknown person had manually pressed in the 911 alert. The button was reset and officers checked the building, finding no criminal activity. Officials at the high school indicated they would check to see who caused the alert.

Several kids were on a go-cart in the 1400 block of Harpole Road. An officer, who spotted them, told the kids to take the vehicle back home.

Officers were pulled into a family dispute on Country Club Road when a husband was advising them that he did not want his ex-wife making unauthorized visits with the couple’s son either at the home or on the job. The husband told the officer he had sole custody. The man was advised by police to handle the issue through the civil courts.

A caller told police a woman was inside a Honda stuck in the middle of the road in the 100 block of South Hwy 377 and was concerned the woman’s vehicle would be hit.

Someone spotted a man and woman dragging suitcases behind them and texting on their phones in the middle of the road in the 1200 block of Country Club Road. The caller told police they thought the actions were unusual.

An officer spotted a vehicle in the 1100 block of Highway 377 with no headlights. The driver told police it was a malfunction and the officer escorted the driver in the car to a nearby parking lot where the driver waited for someone to come pick her up.

On Gibbons Road, a heavy odor of marijuana was reported emanating from a car coming and going from a residence.

An off-duty officer noted a newer model Mustang swerving on Interstate 35W at the 483 mile marker. The officer called dispatch, advising the driver was still swerving and going about 70 miles per hour. The off-duty officer exited the interstate and could no longer see the vehicle. An officer made contact with the driver, who said he was not impaired and that he and his friend had left Oklahoma that morning on their way to Cleburne. The driver said the erratic driving was due to someone driving close to him, scaring him.