Customer service – are you kidding me? 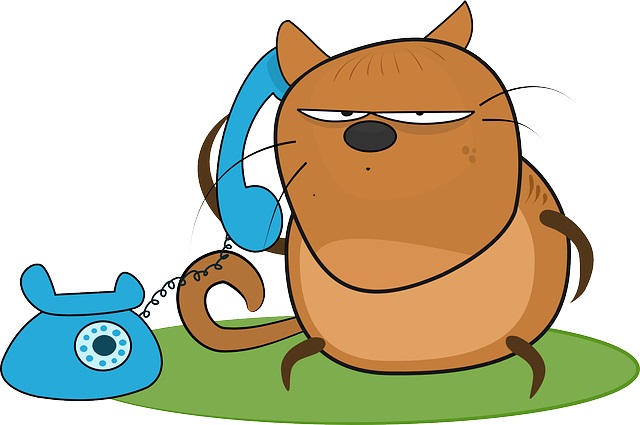 I’ve probably harped on this subject before but since it continues to be such a prevalent curse on a daily basis, I felt that it needed additional attention. The days of Customer Service, especially over the phone, are gone forever.  This is evidenced by the annoying menus and hold time.

If you’re trying to reach a live individual to, let’s say, make a doctor’s appointment, or speak to the pharmacist, perhaps call an insurance company, a brokerage firm, the airlines, nursing home, the guy at the bank, a hospital or should, God forbid, you endeavor to get some answers to your computer meltdown…be prepared to listen to a litany of options, none of which you want.  When you’re finally given the prompt to press some number to “speak to the operator,” then you’re further abused, for who knows how long, by loud, obnoxious music.  And don’t forget to press numero uno if you want English.

While I find this entire scenario irritating, I dutifully pay attention, from beginning to end, to the list of choices being hurled at me.  If I stay alert I’ll catch the right one and at least get put on hold, followed by the old standard, “Your call is very important to us so please stay on the line.”

And have you heard the one about, “Your wait time may be up to five minutes?”  It never is.  I hang up long about ten.  Sometimes I call right back only to be chastised for doing so.  “There are ten people ahead of you waiting to be helped.  Please do not hang up and call again as this will further delay us in assisting you.  One of our representatives will be with you shortly.”  I don’t get the words “waiting and help” or “delay assisting” being used in the same sentence when trying to reach a customer service person.  Do you?  Or is it just me?

If my husband were a drinking man he’d be drunk before and after every call.  On a good day, he’s a man of limited patience but this nonsense puts him over the edge.  He treats these recorded messages like he drives his car…he yells at people who can’t hear him.  (And when his computer is running slow, he yells at it, too.  But that’s a whole other story.)  When I chide him for being go impatient he’ll say something like, “Really, how much patience can one man have?”

I’ve found it best if I’m not in the room with hubby when he’s about to make a call that will certainly end in hold time.  The worst is when he’s transferred to voice mail after pacing the floor while the exasperating music drones on.  This is ensued by the recorded message saying his call will be returned in 24 hours.  He really likes that one!  He knows, in two days, he’ll be subjected to the same trauma all over again.  I’ve seen him literally get red in the face.

Just the other day I overheard him telling a recorded voice it was stupid!  This was in addition to some very colorful expletives.  When he finally does reach a human he feels compelled to vent some of his frustration.  He tells them he doesn’t want to shoot the messenger but goes on to describe the horrible ordeal he endured trying to get through to them (as if they have any control over the matter).  Then I suppose a little remorse kicks in and at the end of the conversation he says, “Thanks for your help.  You do good work.  Tell your boss you deserve to take the rest of the day off!”  This always elicits a giggle in the case of a female rep or a chuckle on the part of a male.  So even if they found him obnoxious at the beginning of the conversation, now all is well.

This does nothing to fix the dreadful non-service that continues to worsen as more and more companies employ the menu options as your only source of getting through to them.  I don’t know when it all started or how it got to this point but the pattern is well established and there seems to be no way around it.

I wonder what would happen if I incorporated a menu on my home phone or cell?  I shouldn’t make light of this because the day will come when such is the case.  It’ll be called, “AT YOUR SERVICE” only there won’t be any!