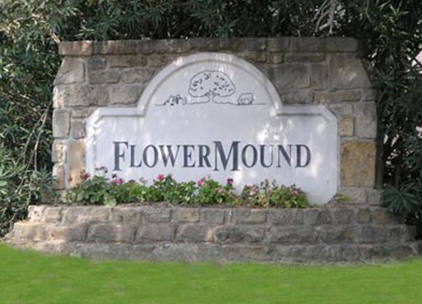 Flower Mound Town Council will soon review an amendment to the town’s master plan and a zoning change for a new 125-acre housing development off FM 1171 near Canyon Falls. Known as Trailwood, the development features single-family houses on lot sizes ranging from an average of 7,598 square feet to an an average of 9,295 square feet along the town’s western corridor.

On Monday, the town’s Planning and Zoning Commission voted 5-1 to recommend approval for the master plan amendment from campus industrial to high density use. The zoning change, approved by a 4-2 vote, seeks a designation of SF-5 as well as some modifications including changes to the front yard minimum for j-swing garages and the back yard, reducing areas from 20 feet to 15 feet. The average lot size was estimated at 8,000 square feet.

Zena Land Development of Grapevine is projecting an estimated 320 homes with about 174 on smaller lot sizes and 139 on larger lot sizes. The development is designed with multiple kinds of trails and open space weaving throughout the property. Developers told commissioners the idea was to create an open feel as well as preserve the property’s slope and all of the specimen trees on the site.

The project was proposed with 35 percent open space allotted along with trail systems, an amenity area and a club house.

Several commissioners indicated they were concerned with the proposed density and lot sizes, suggesting the developer seek SF-10 designation.

Commissioner Sandeep Sharma, who voted against the project, said he preferred a housing development rather than a big box development at the town’s western front but had concerns about the project’s lot sizes.

“That still leaves density, which is a big issue in my mind,” he said, adding that residents have made it clear they do not like higher density projects.

Commissioner Don McDaniel said the SF-5 designation was a little unfair to the developer since the town does not offer anything in between that designation and SF-10. “Nobody thinks it’s a good idea to have a big box on the border,” he said. “We should look at it (the development) as what it is.”

Emily Strittmatter, one of 24 residents speaking against higher density on another project on Rippy Road earlier in the meeting, stayed late to voice her opposition to the Trailwood proposal.

“I’m opposed to this development and I don’t want this at the western entrance,” Strittmatter said. “I don’t think Flower Mound needs any more high density. We have the opportunity to mold western Flower Mound. … Every single one (of the developments approved) will have an impact.”

Higher density – from apartments to smaller lot sizes for single family homes – has become a point of contention among residents who say they do not want town officials to change the rural feel of Flower Mound, particularly around the conservation corridor or near developed neighborhoods on larger lots.

Residents also have called for the rejection of apartments and other rental properties, citing the town’s approved projects which would add an estimated 3,000-4,000 apartments on build-out.

Several recent projects including Bunn-Gourley East and Southgate have been turned down by town boards because of smaller lot sizes and/or apartments.

Two other projects, planned along Rippy Road, have stirred neighbors to circulate a petition calling for town officials to deny master plan amendments as well as land use and zoning changes. The two properties include a 33-acre parcel at 5301 Long Prairie Road and a 32-acre parcel at 4880 Rippy Road. A petition drive has netted an estimated 550 signatures to date.

The 24 residents speaking during the open comment session of the meeting asked commissioners to oppose higher density, in particular on a proposed housing development on Rippy Road. The project, initially projected to include apartments and senior housing, has been revised to include single family homes. The project, being planned by Direct Development, has not gone before commissioners or the council to date.

Residents told commissioners they were still opposed to the project because, even with single family homes, the development would still be higher density.

“I’m against re-zoning,” said Robert Felt. “I didn’t come here to live anywhere other than in low density housing. I’m glad the apartments are now off the table but I’m concerned about too much housing on this property.”