The landowner of the 263-acre tract proposed for warehouses in west Flower Mound next to Canyon Falls is suing the town and three council members after the project was denied last month.

The Ewing family’s filing states the lawsuit is a result of Flower Mound’s decision to deny the zoning application submitted by developer Crow Holdings that was in “full compliance with the town’s Master Plan and historical practices.”

The suit further claims that councilmembers Sandeep Sharma, Ann Martin and Adam Schiestel violated the Texas Open Meetings Act during their meeting in an “effort to orchestrate the denial of the zoning application.”

As a result of the town’s denial, the family claims their land has been reduced in value by over $40 million.

Ewing family members have owned the land since 1963. The property was annexed by the town in 1999. The family put the property under contract to Crow Holdings in 2021 and sought approval for the warehouses. The purchase price in the contract was over $50 million, according the lawsuit.

Crow Holdings’ site plan proposal for the Cross Timbers Business Park, a 10-building warehouse park on the northwest corner of FM 1171 and Hwy 377, drew organized opposition from area residents. After a long executive session during the April 18 Town Council meeting, councilmembers voted unanimously to deny the project and rezoned the land for other uses.

When asked about the lawsuit, Flower Mound’s Communications Director Melissa Demmitt released the following statement: “We’re aware of the lawsuit. The Town vehemently denies the claims and will vigorously defend itself.”

Read the full lawsuit below.

Check back for updates to this story. 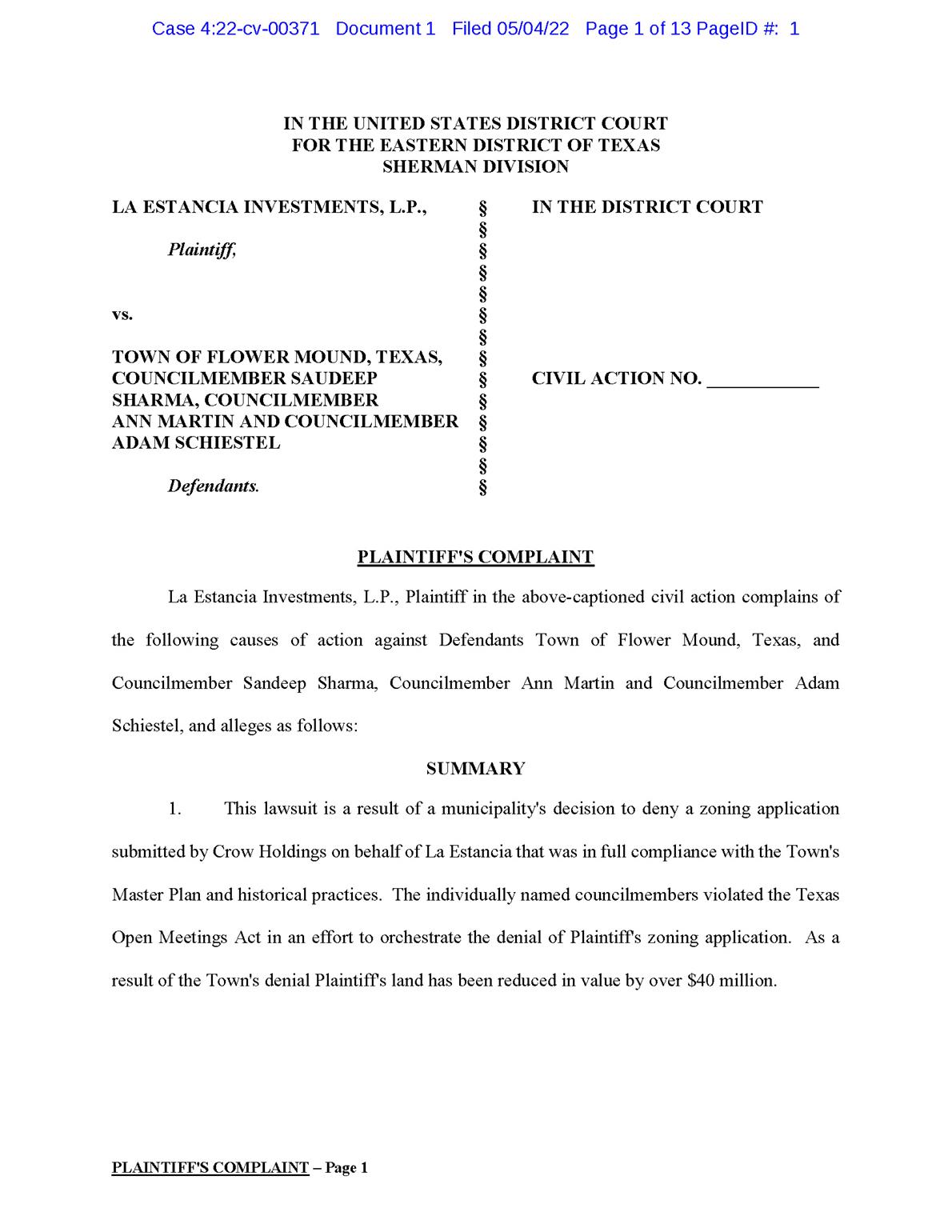 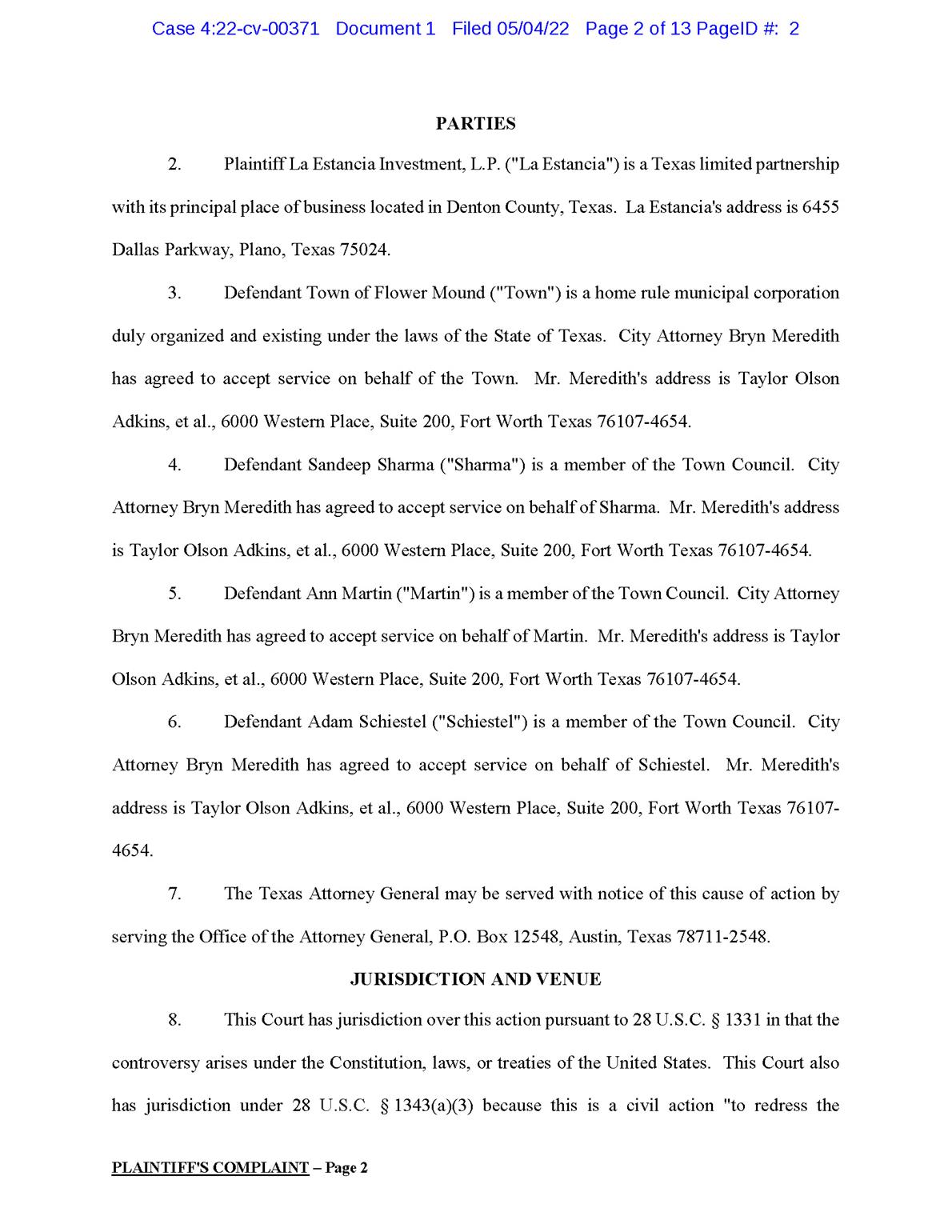 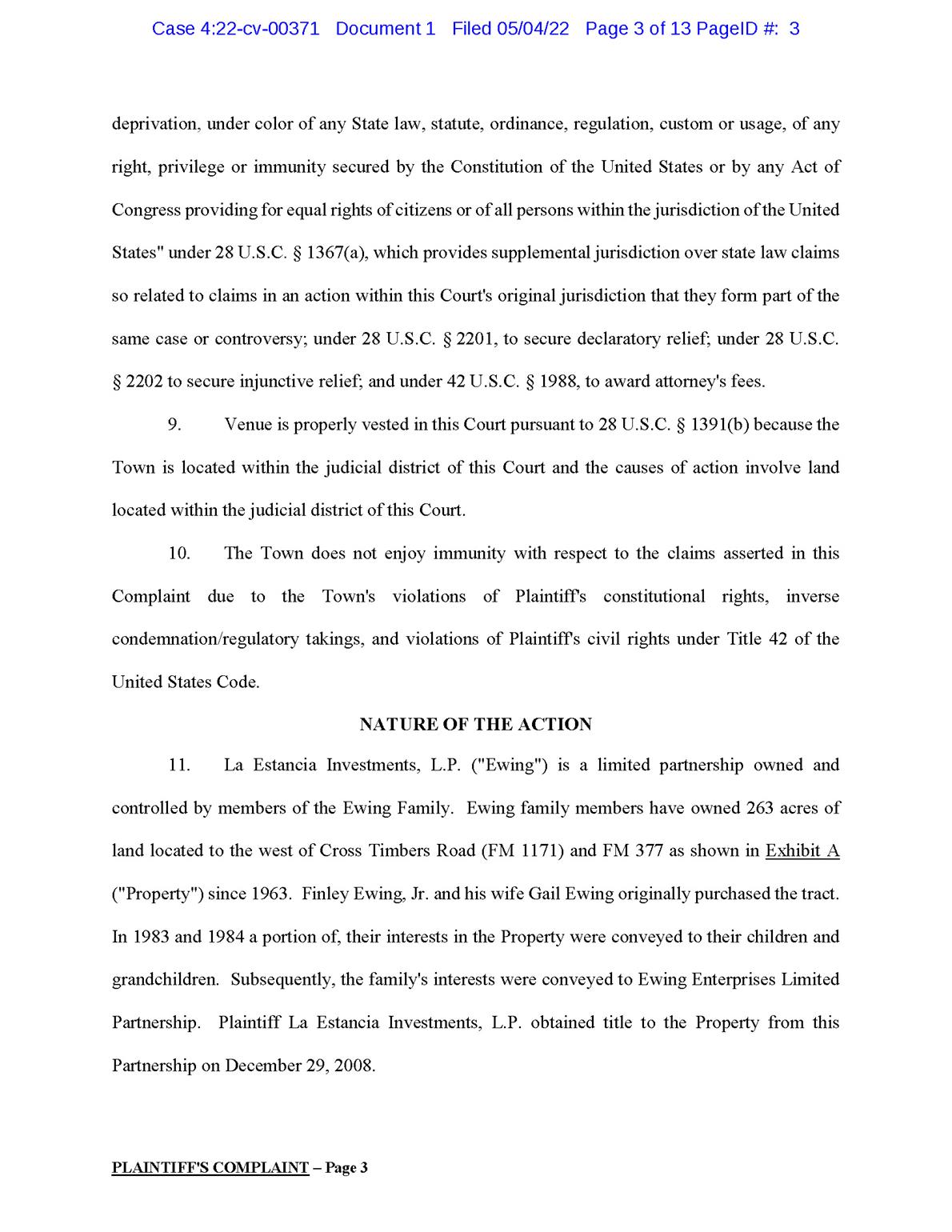 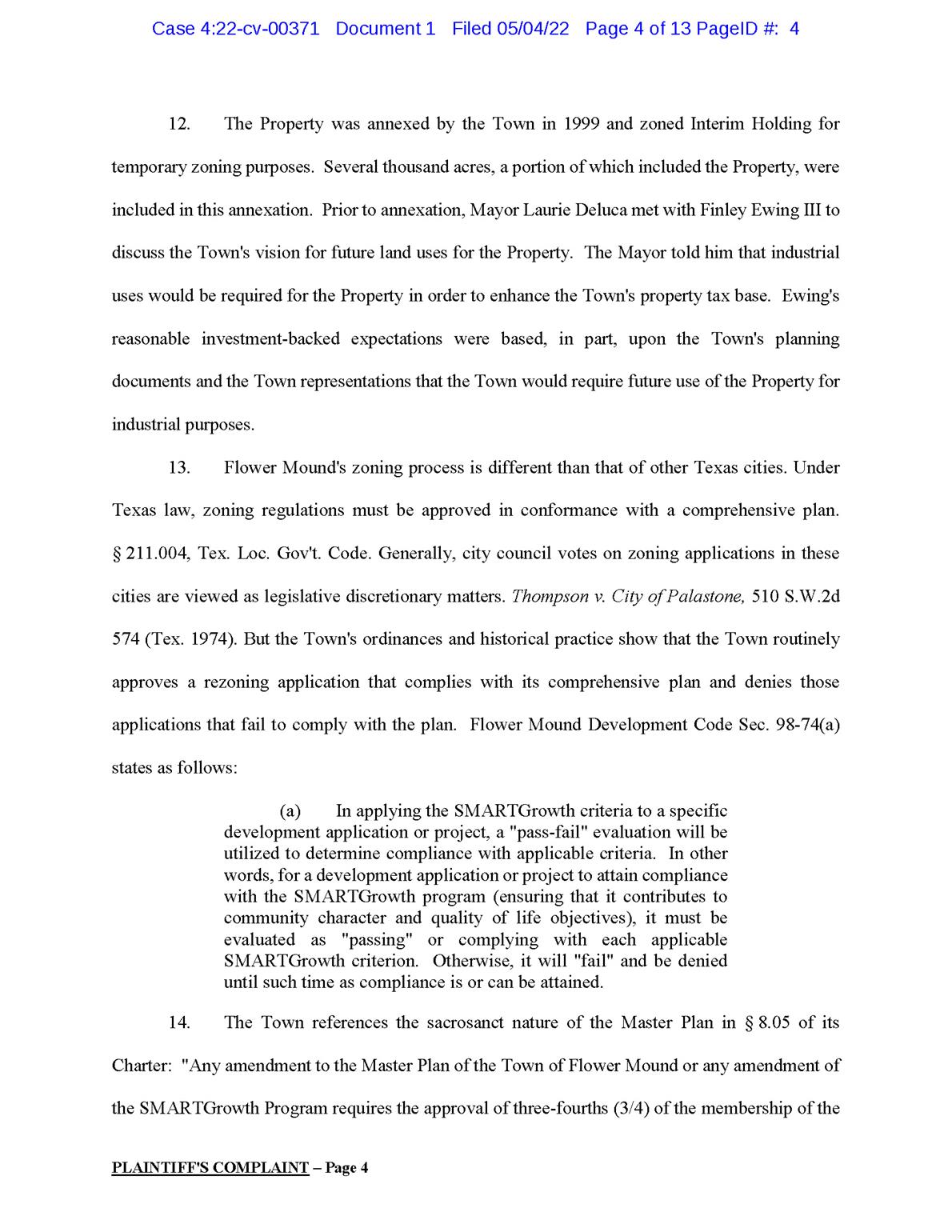 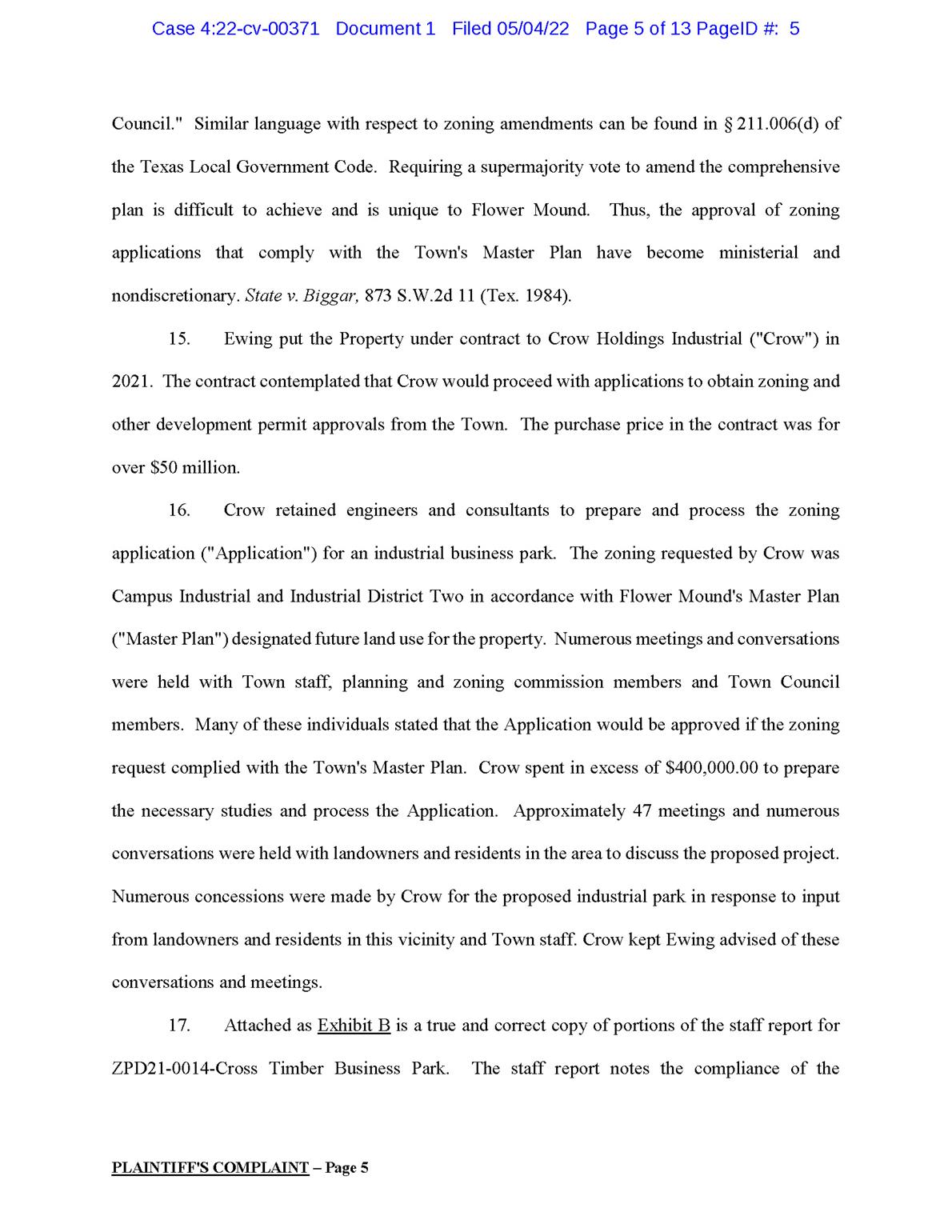 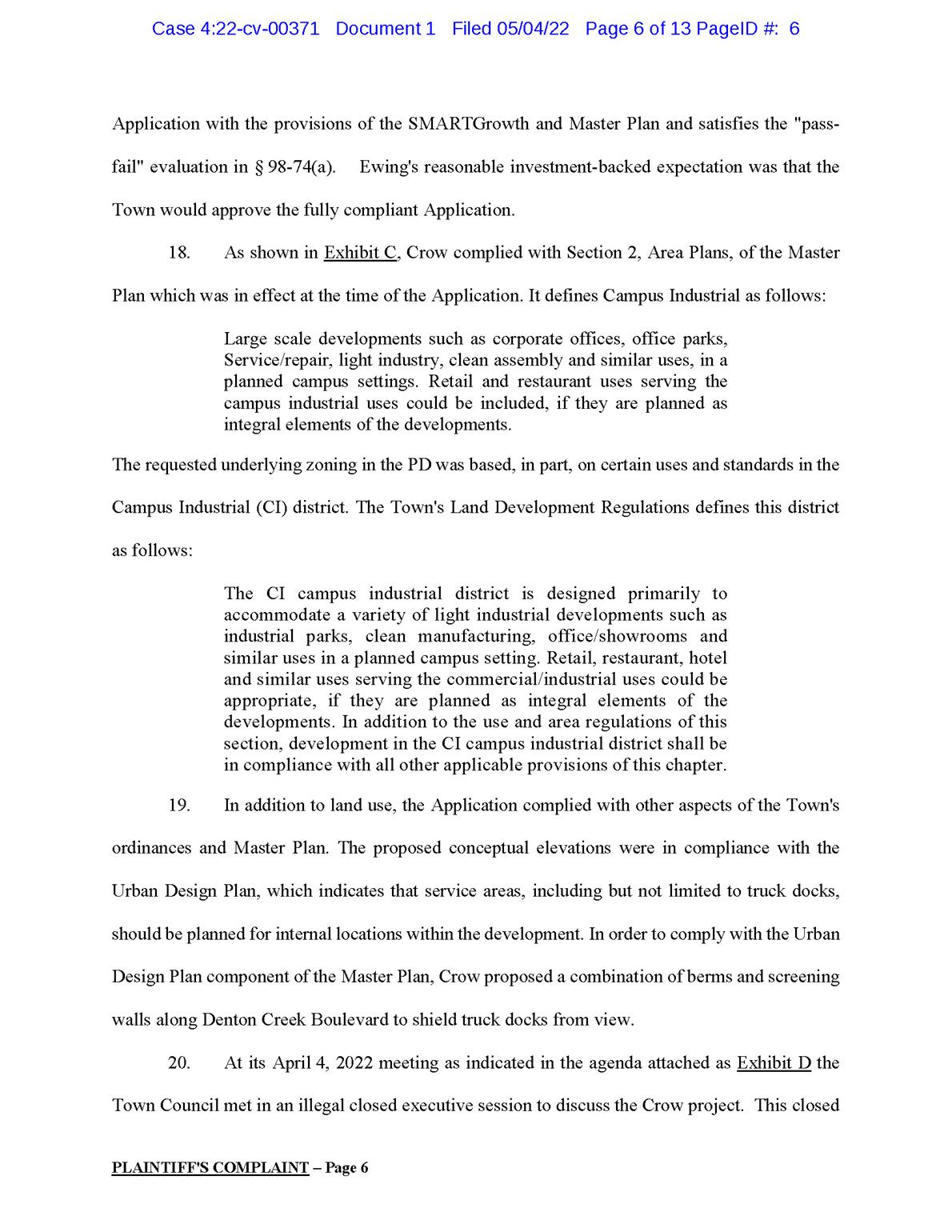 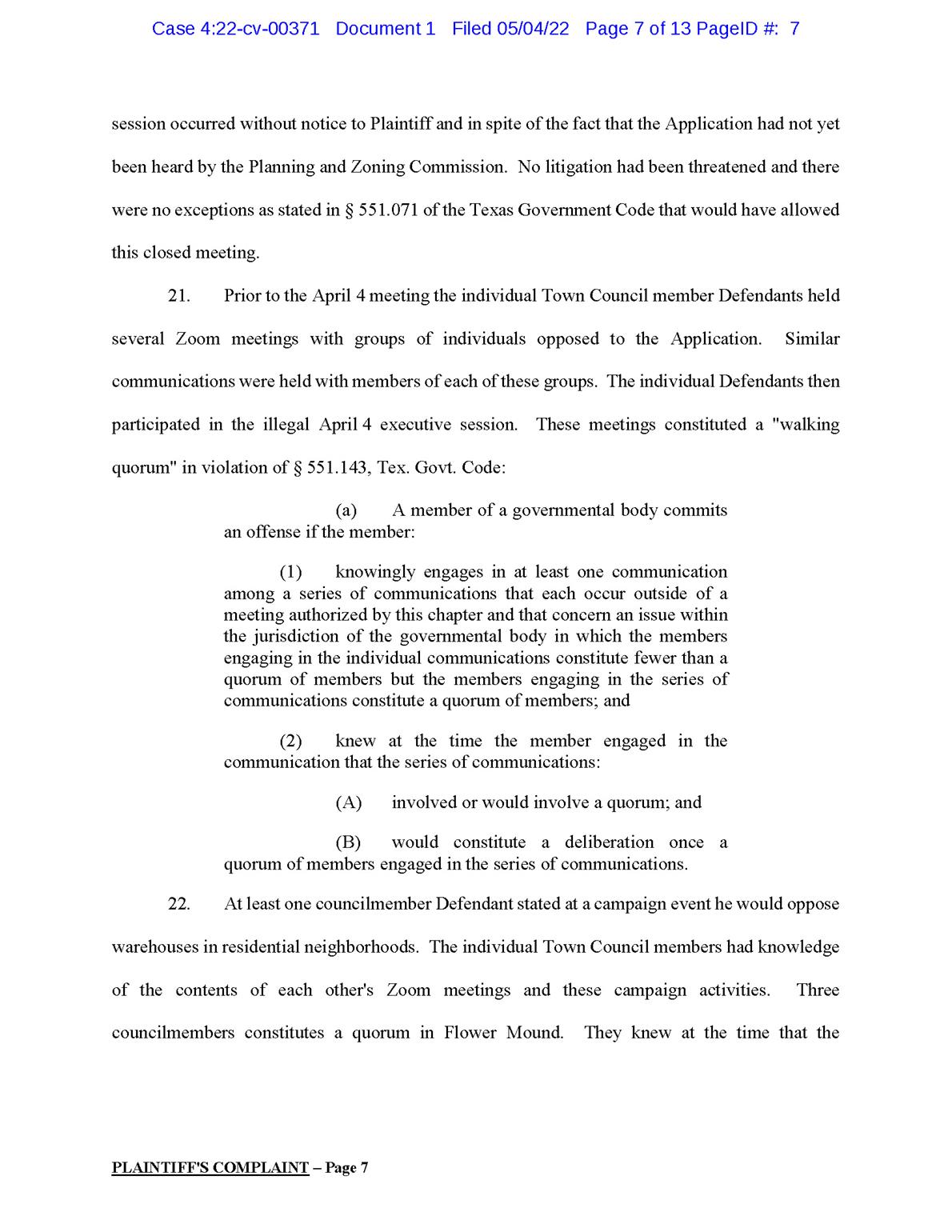 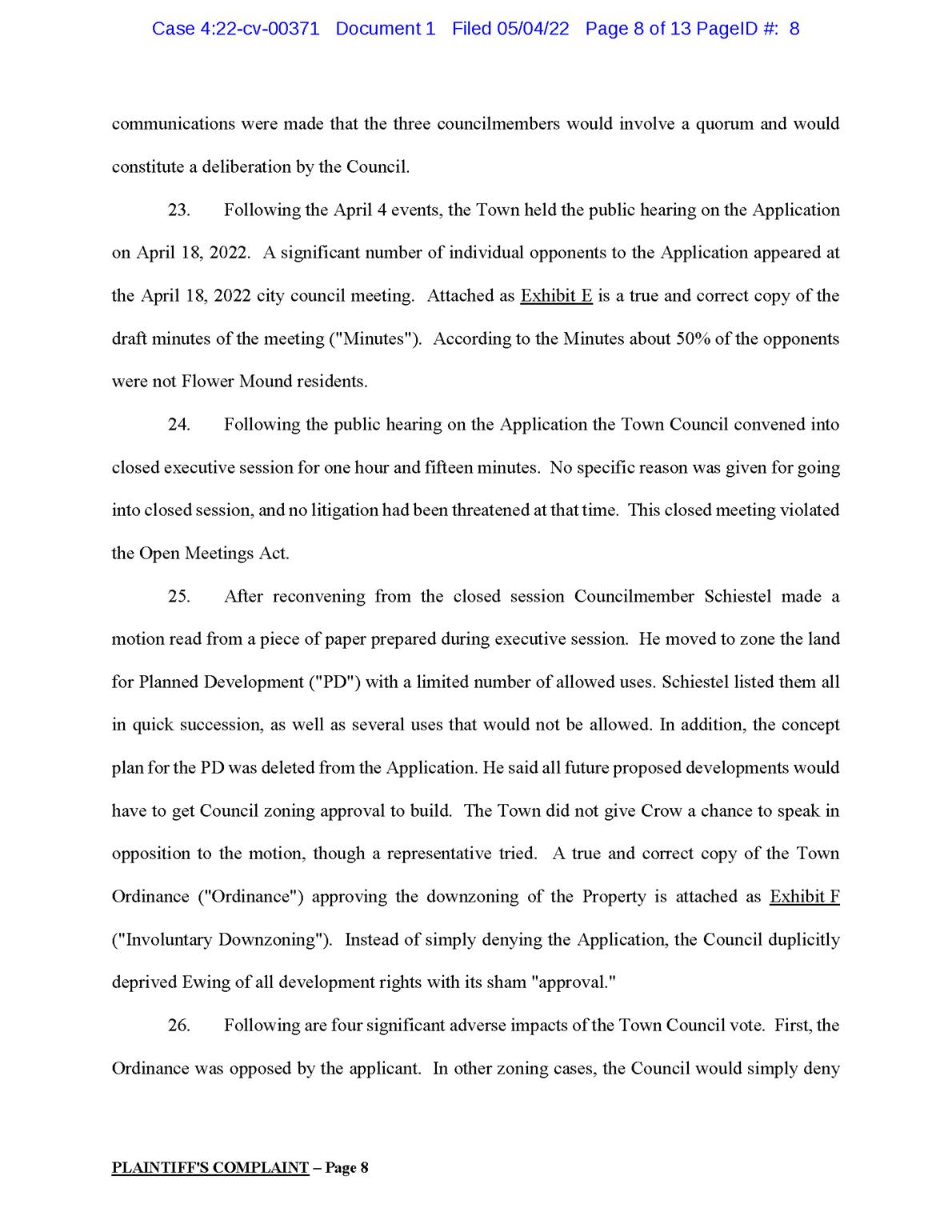 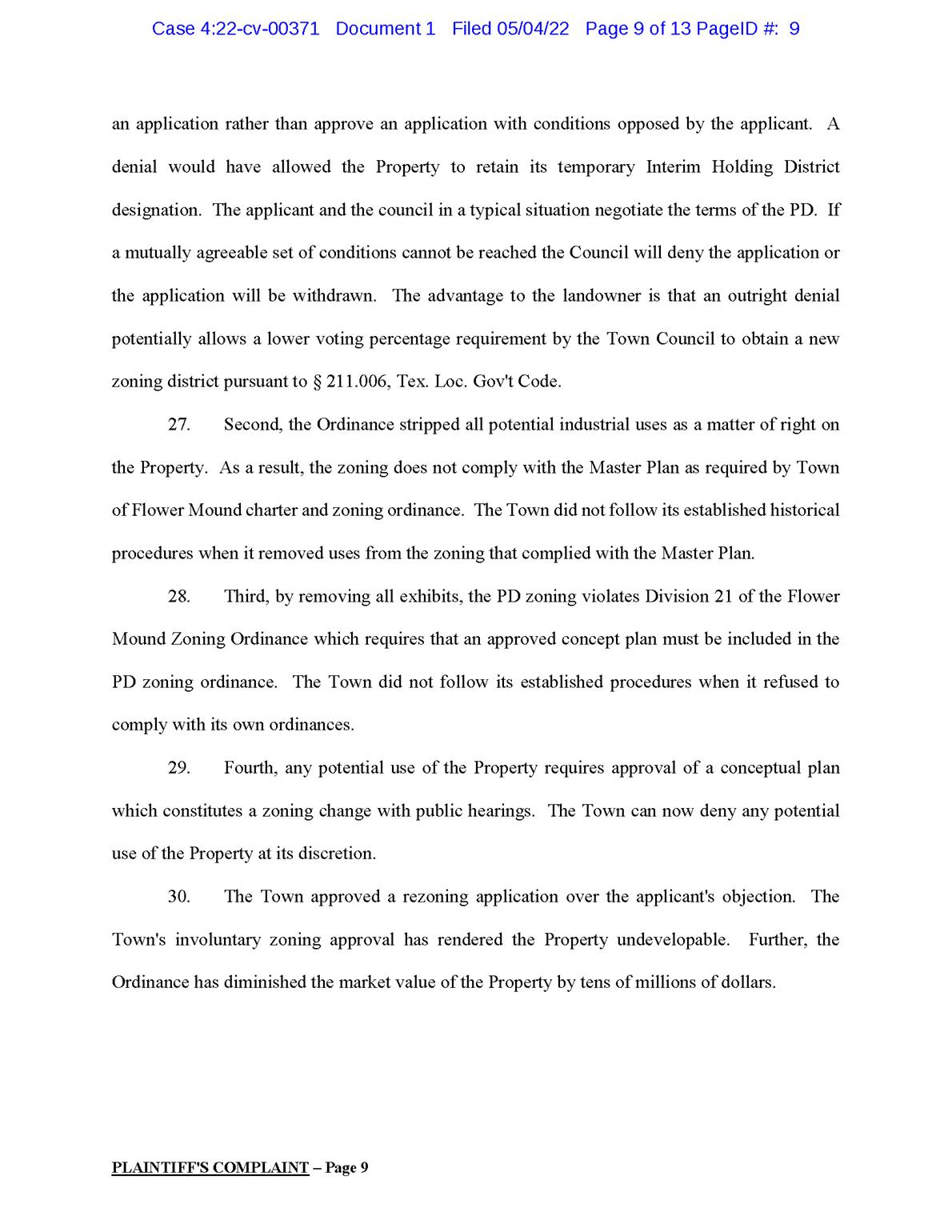 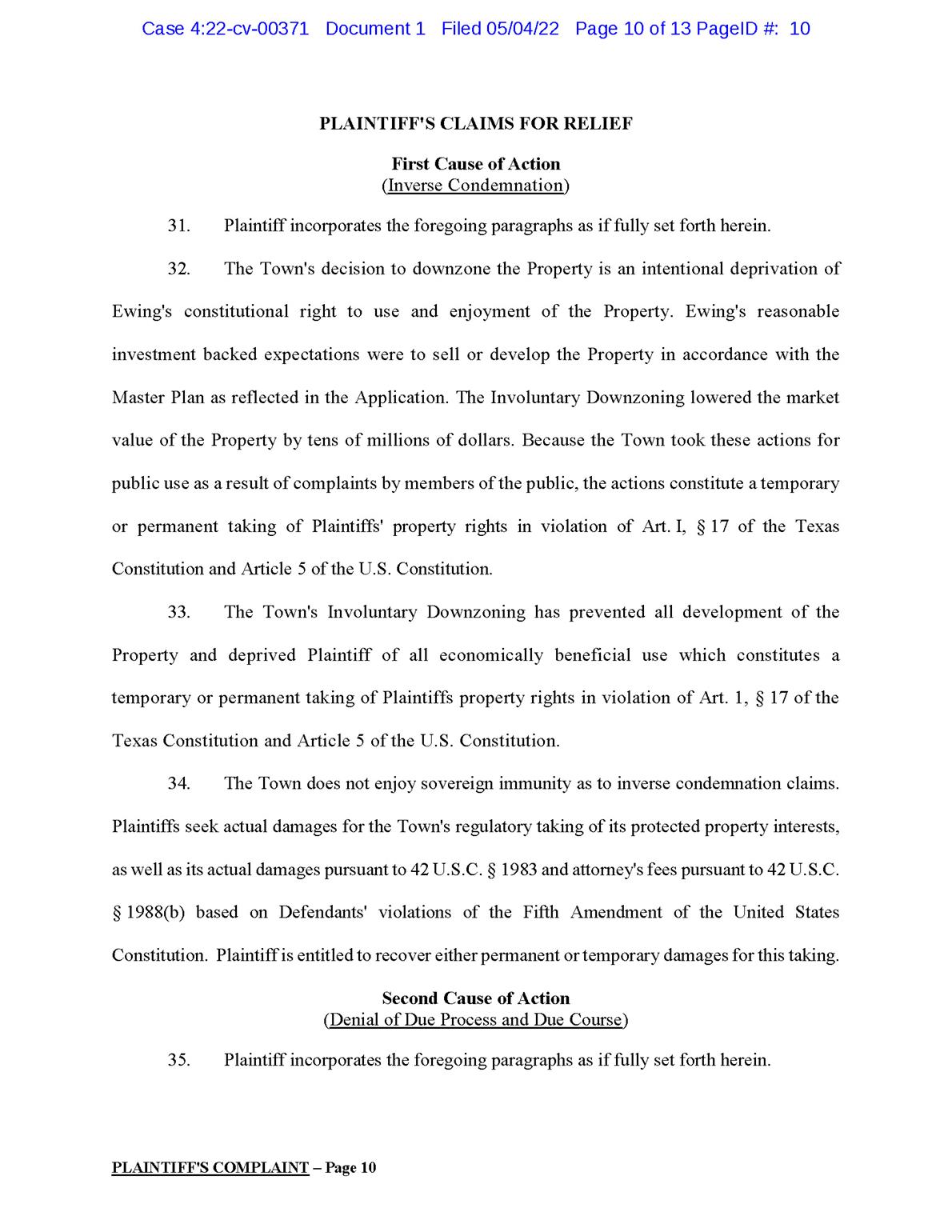 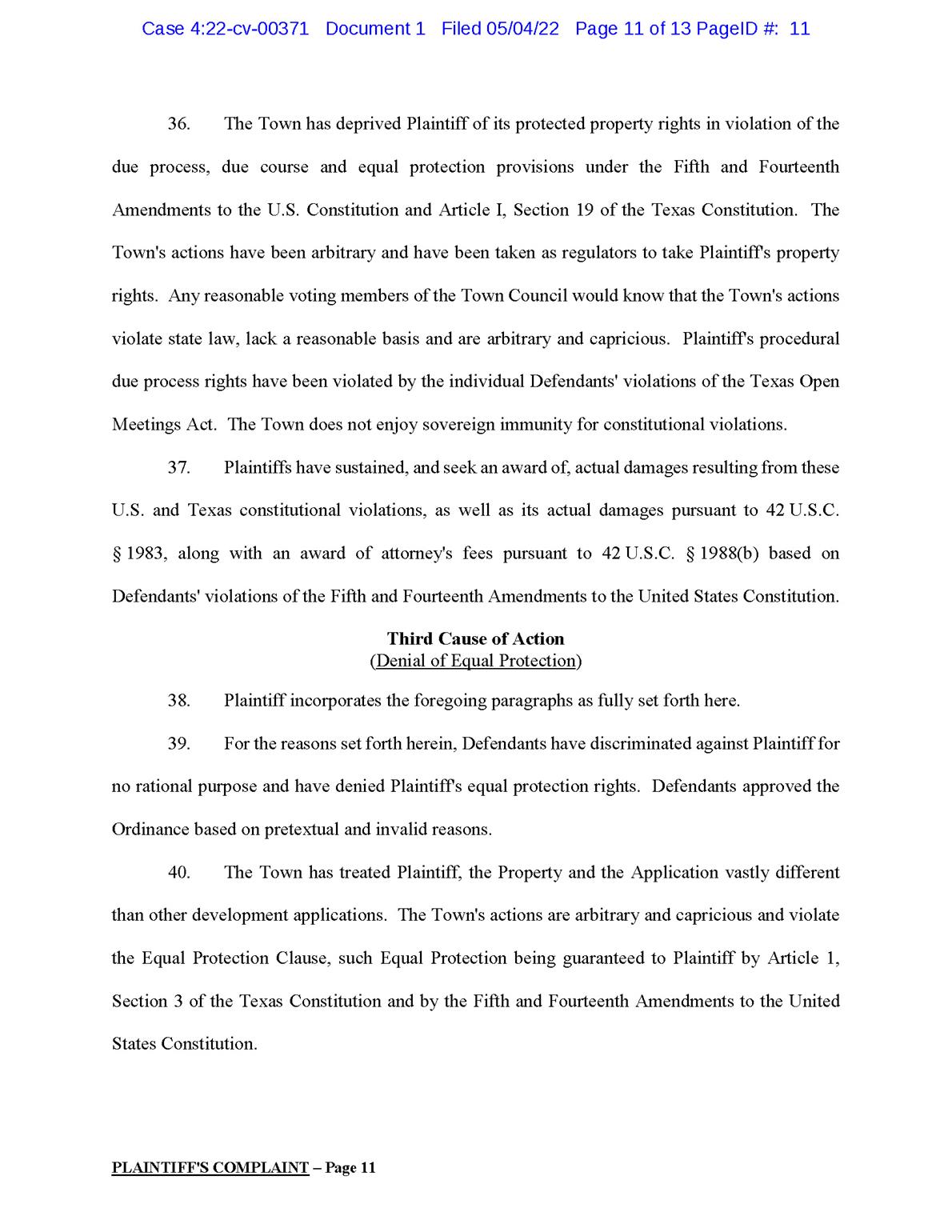 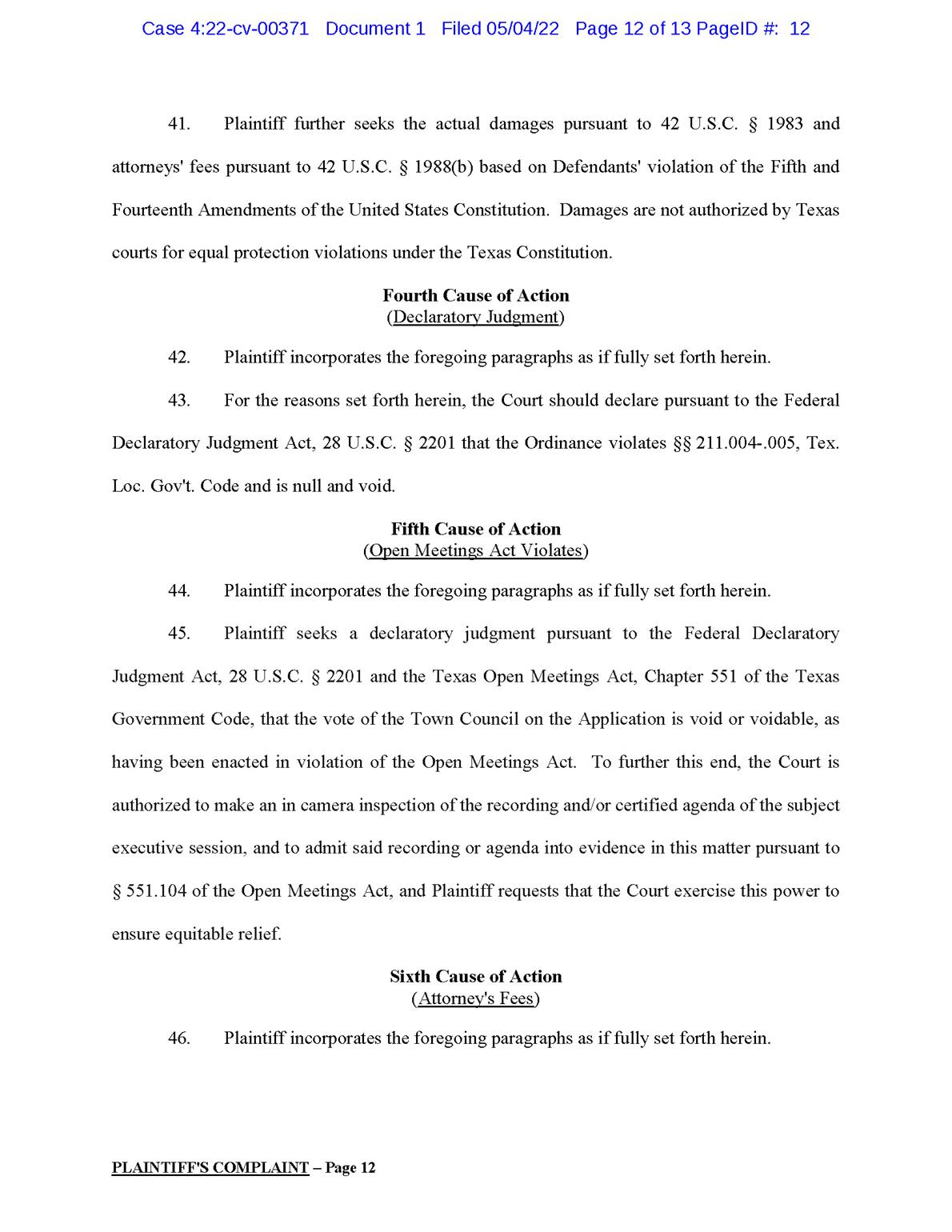 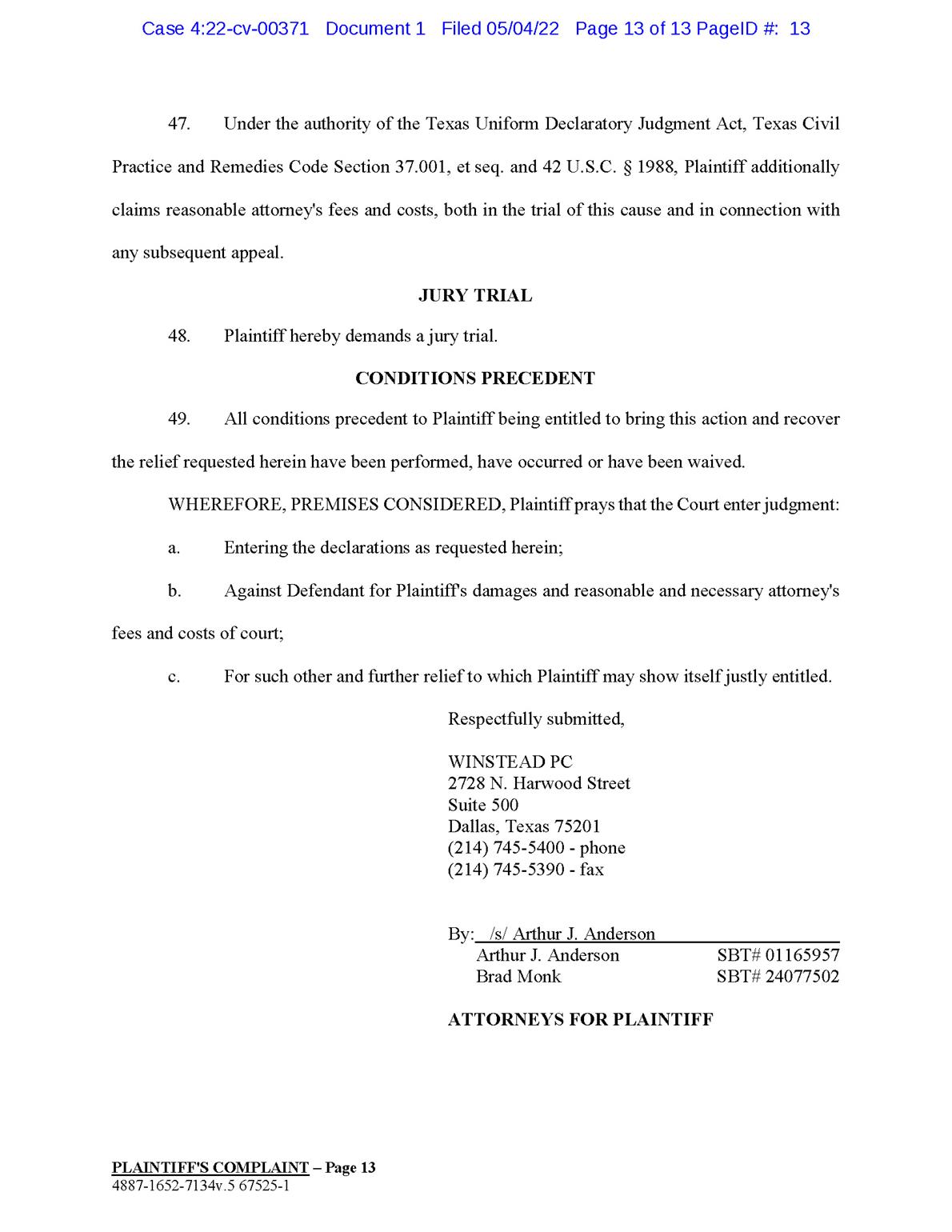