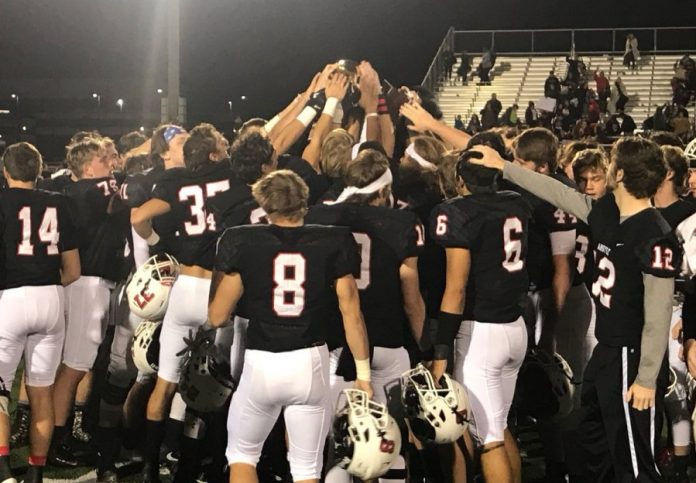 The undefeated Eagles advanced into the regional semifinals on Friday night with a 38-point victory over China Spring.

Tito Byce and Noah Lang each ran for two touchdowns, and Byce finished the game with 172 yards rushing.

Bo Hogeboom passed for 169 yards and two touchdowns for the Eagles, and Dillon Carter and Alex Gonzalez each caught touchdown passes.

Carter finished the game with 6 receptions for 96 yards.

Kicker Grant Shaw also drilled a 34-yard field goal in the fourth quarter for the Eagles.

Argyle will square off with Celina next Friday night at Denton C.H. Collins Stadium.

The Warriors avenged an earlier season loss to Prestonwood with a 3-point victory on Saturday afternoon.

Liberty was led by Andre Washington, who rushed for 212 yards and three touchdowns in the game, including two in the first quarter.

The Warriors led 14-7 heading into the second quarter, but Prestonwood scored a touchdown, and following a missed PAT, Liberty led 14-13.

Washington scored on another run in the third quarter to extend Liberty Christian’s lead to eight points, but Prestonwood answered in the fourth with a touchdown in the fourth quarter, to knot the game up at 21 a piece.

Cameron Baller drilled a 33-yard field goal with 36 second remaining to seal the victory for the Warriors.

Liberty will face the winner of the Dallas Bishop Lynch/Houston St. Thomas game in the state semifinals at a time, date and location to be determined.

The Wildcats came up just short in the area round of the postseason on Saturday, losing to Mansfield Lake Ridge by eight points in triple overtime.

Kaedric Cobbs rushed for 128 yards and three touchdowns in the game, and Seth Meador finished with 60 yards receiving and a touchdown.

Guyer finished the season with a 6-6 overall record and in fourth place in district 5-6A.